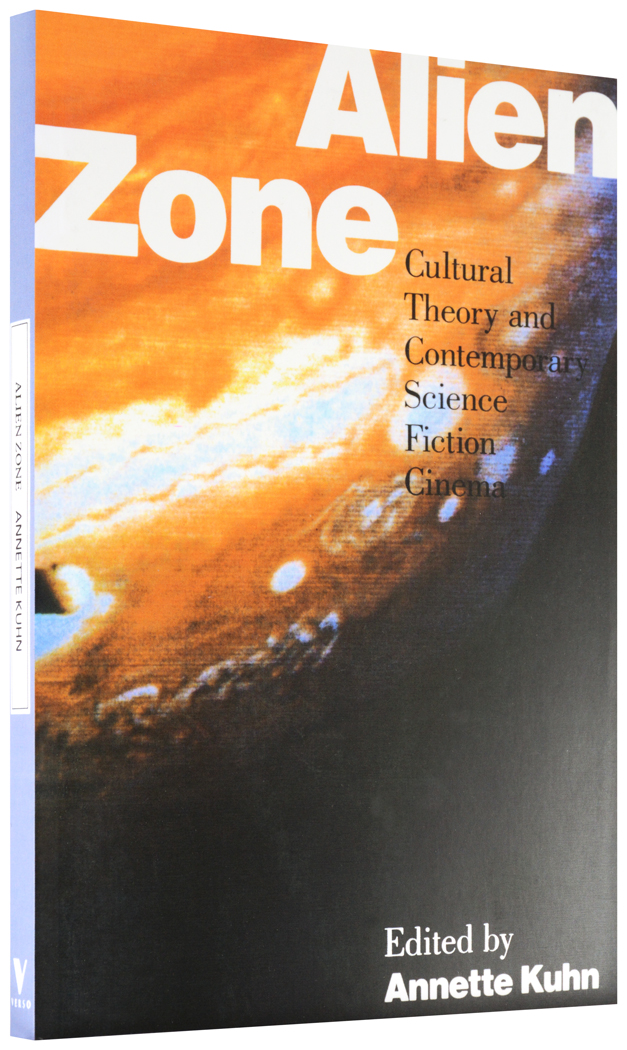 Perhaps because of its popularity, science fiction has long suffered from critical neglect.

This is especially true of the science fiction film—a genre as old as cinema itself—which has rarely received the serious attention devoted to such genres as the western, the film noir and recently, under the aegis of feminist film theory, the so-called "woman's film." Alien Zone aims to bring science fiction cinema fully into the ambit of cultural theory in general and of film theory in particular.

The essays in this book—some newly written, others gathered from scattered sources—look at the ways in which contemporary science fiction films draw on, rework, and transform established themes and conventions of the genre: the mise-en-scene of future worlds; the myth of masculine mastery of nature; power and authority and their relation to technology. This material is ordered and contextualized by the editor with a view to exploring how science fiction cinema has been approached critically and theoretically by commentators on the genre: as a mirror of society, as bearing or producing ideology; as caught up in an intertext of media productions, or as expressing unconscious desires.

“A Machine for Epiphanies”: How Soviet Icons Sell Space

Sixty years after Cosmonaut Yuri Gagarin became the first human to orbit the earth his image is used to market privatised space travel to the ultra-rich, Thomas Ellis reports.