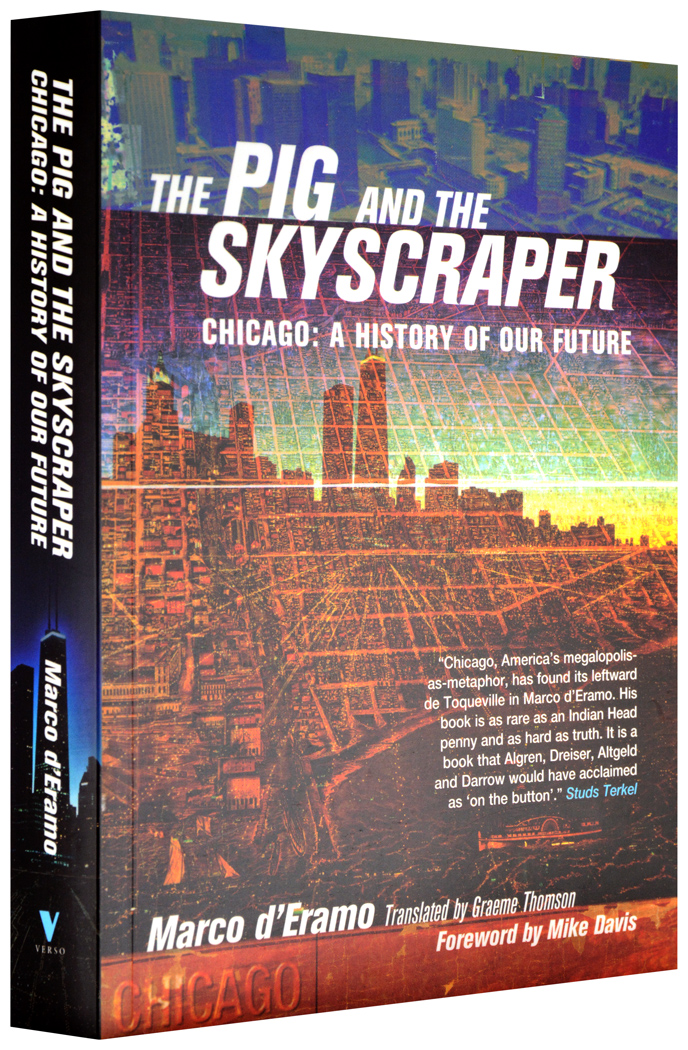 “You expect the city of Al Capone and what you find are pleasant boulevards coursing up and down between the neo-classical buildings of the 1893 Universal Exhibition ... The city center unfolds before you, an architectural miracle that is to twentieth-century urban planning what Venice must have been for the fifteenth century.”

Like a cross between Philip Marlowe and Walter Benjamin, Marco d'Eramo stalks the streets of Chicago, leaving no myth unturned. Maintaining a European’s detached gaze, he slowly comes to recognize the familiar stink of modernity that blows across the Windy City, the origins of whose greatness (the slaughterhouses, the railroads, the lumber and cereal-crop trades) are by now ancient history, and where what rears its head today is already scheduled for tomorrow’s chopping block. Chicago has been the stage for some of modernity’s key episodes: the birth of the skyscraper, the rise of urban sociology, the world’s first atomic reactor, the hard-nosed monetarism of the Chicago School. Here in this postmodern Babel, where the contradictions of American society are writ large, d’Eramo bears witness to the revolutionary, subversive power of capitalism at its purest.

“d’Eramo looks to Chicago both as a guide to what the future might be like for European and other cities, but also as a warning about what to avoid.”

“Chicago, America’s megalopolis-as-metaphor, has found its leftward de Toqueville in Marco d’Eramo. His book is as rare as an Indian Head penny and as hard as truth. It is a book that Algren, Dreiser, Altgeld and Darrow would have acclaimed as ‘on the button.’”

“Little in the urban scene escapes his attention, and his polemic is a fascinating and wide-ranging contribution to contemporary social thought.”

“d’Eramo’s demonstration of the transfiguring power of capital is compelling.”

“This kaleidoscope of a book, with its ability to surprise at every turn of the page, to excite the reader with a fresh insight, a new way of seeing, is to be strongly recommended.”

“d’Eramo’s book examines different institutions that originated in or flourished in Chicago ... rather than narrating a straightforward history. But he does so not just to understand the city or the United States, but also what it means to be ‘modern.’”

“A serious-minded and insightful social analysis of Chicago as the penultimate example of the modern metropolis ... A fascinating, in-depth account.”

“For anyone concerned to gain a full-frontal view of ‘capitalism without a G-string,’ this is compelling reading.”