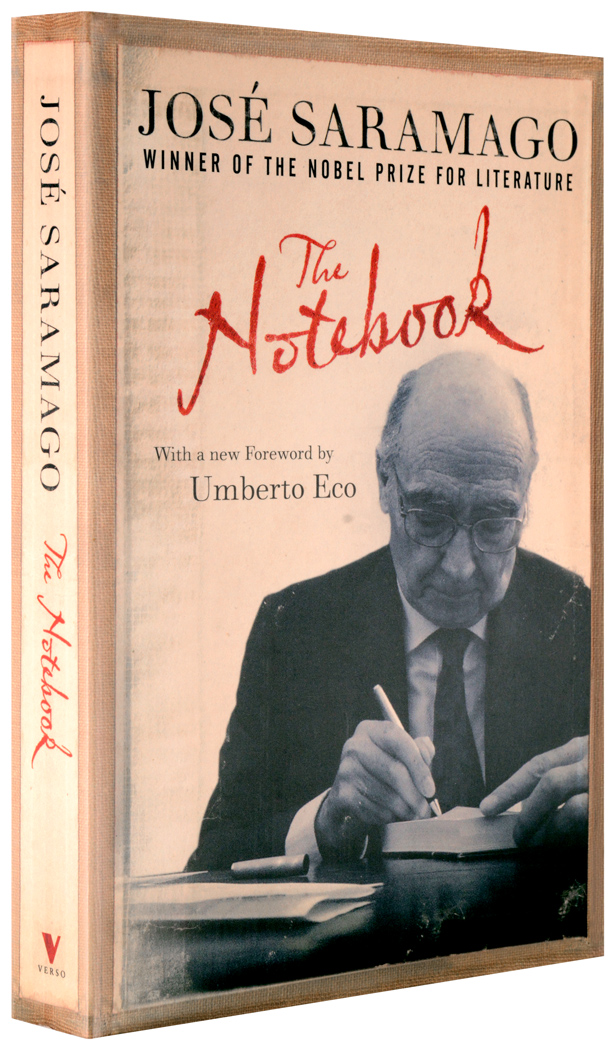 A lyrical and thought-provoking record of the last year in the life of the Nobel Prize–winning novelist.

Thought-provoking and lyrical, The Notebook records the last year in the life of José Saramago. In these pages, beginning on the eve of the 2008 US presidential election, he evokes life in his beloved city of Lisbon, revisits conversations with friends, and meditates on his favorite authors. Precise observations and moments of arresting significance are rendered with pointillist detail, and together demonstrate an acute understanding of our times. Characteristically critical and uncompromising, Saramago dissects the financial crisis, deplores Israel’s punishment of Gaza, and reflects on the rise of Barack Obama. The Notebook is a unique journey into the personal and political world of one of the greatest writers of our time.

“Fascinating and smart and provocative, and a lot of fun to dip into.”

“In readably provocative style, with offbeat riffs on his life and writing, on ideas and histories … This is a bittersweet delight.”

“Saramago is one of Europe’s most original and remarkable writers ... His writing is imbued with a spirit of comic inquiry, meditative pessimism and a quietly transforming energy that turns the indefinite into the unforgettable.”

“In the craft of the sentence, José Saramago is one of the great originals. His prose is a voice that envelops all voices: it is like the universe’s immanent murmur ... No one writes quite like Saramago, so solicitous and yet so magnificently free.”

“The book presents an intelligent twist on the blogs-turned-books phenomenon, proving that the two mediums are compatible beyond social curios and cultural gimmicks.... The Notebook is a unique glimpse into the candid ruminations of one of the most talented living writers.”

“I’m hard pressed to think of another writer who makes me stop as Saramago does, to go back and discover the meaning of history or allegory in all its wild newness.”

“Saramago enjoys picking up a passing thought or an incident and running with it, confident in his political outrage, calm in his appreciation of friends, considered in his aphoristic criticism of culture.”

“Saramago is a writer, like Faulkner, so confident of his resources and ultimate destination that he can bring any improbability to life.”

“Beautifully crafted and honest, Saramago’s Notebook is elegant in tone and style while clearly conveying a legend’s take on our evolving society.”

“The most gifted novelist alive in the world today.”

Selections from The Notebook, May 26: José Saramago on weapons and human destiny