A day-long celebration of the life and legacy of the great essayist, thinker and philosopher, Walter Benjamin, 75 years to the day since his death and coinciding with the release of Walter Benjamin's Archive, an absorbing selection of personal manuscripts, images, and documents published by Verso.

The symposium will include screenings, readings and discussion with guests. Full programme below.

Tickets start from £15 and are available from the Whitechapel Gallery website.

1130    Welcome and reading of a short poem by Stephen Watts

"An homage to Walter Benjamin and other time-travelling artists and expatriates that have inspired me, especially Chris Marker. Benjamin, fleeing from fascism in the 1930s, took refuge in Paris where the Bibliothèque Nationale became his home away from home. In this library, a sanctuary made of books, he eventually left a secret copy of much of what remains of his Arcades Project, Das Passagen-Werk. Much of the narration for the film came from a chance operation or literary cut-up exercise done with Patti Smith, using dictionary definitions of the word 'passage', which I later edited and augmented with text of my own." - Jem Cohen

Swedish director Skjodt Jensen follows Benjamin’s shadow through his beloved, vivacious Paris in a labyrinthine collage of images and words, which is inspired by the form of Benjamin’s philosophical work. Just as Benjamin digs up excerpts from the ‘infinite’ Bibliothèque Nationale, combines them in his philosophy and personally interprets them, the film-maker intermingles black-and-white images of Paris, Benjamin’s thoughts and thoughts by Benjamin adherents. The film is an abstract, veiled stroll through philosophy and the city.

Ways of Seeing is a BBC four-part television series of 30-minute films created chiefly by writer John Berger and director Mike Dibb. Berger's scripts were adapted into a book of the same name. The first part of the television series drew on ideas from Walter Benjamin's The Work of Art in the Age of Mechanical Reproduction, arguing that through reproduction an Old Master's painting's modern context is severed from that which existed at the time of its making.

The result of over five years of Super-8 and 16mm filming on New York City streets, Lost Book Found melds documentary and narrative into a complex meditation on city life. The piece revolves around a mysterious notebook filled with obsessive listings of places, objects, and incidents. These listings serve as the key to a hidden city: a city of unconsidered geographies and layered artifacts—the relics of low-level capitalism and the debris of countless forgotten narratives. The project stems from the film-maker's first job in New York—working as a pushcart vendor on Canal Street. As usual, Cohen shot in hundreds of locations using unobtrusive equipment and generally without any crew. Influenced by the work of Walter Benjamin, Cohen created "an archive of undirected shots and sounds, then set out to explore the boundary" between genres. During the process, Cohen said, "I found connections between the street vendor, Benjamin's 'flaneur', and my own work as an observer and collector of ephemeral street life."

"Its beauty is quite ineffable. It's the sort of visual experience that transforms everything seen by the viewer for several hours afterwards. . . What it actually does is capture the subconscious of the city itself, the dream state of the whole past existing in simultaneous disarray." — Luc Sante, from Low Life and Evidence

A time-travelling voyage through one city, assembled from hundreds of movie clips and inspired by the wanderings of Walter Benjamin. A patchwork of over 300 features either filmed or set in London, Citation City combines multiple narratives to create the story of one city in a period of enormous change. Pieced together by audiovisual artist People Like Us, this beguiling, labyrinthine work takes its cue from Benjamin’s Arcades Project, an ambitious attempt to map out Paris in fragments which was cut short by the author’s death in 1940. - Flatpack Film Festival

Walter Benjamin
“There has been no more original, no more serious critic and reader in our time.” – George Steiner

Walter Benjamin Bookshelf: 50% off until the end of the week! 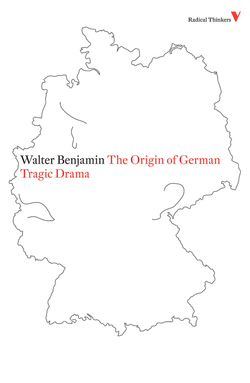 The Origin of German Tragic Drama
by Walter Benjamin
30% off 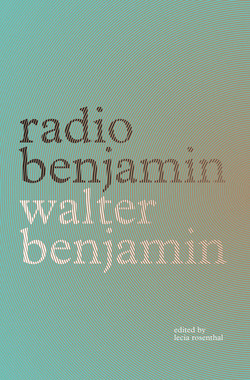 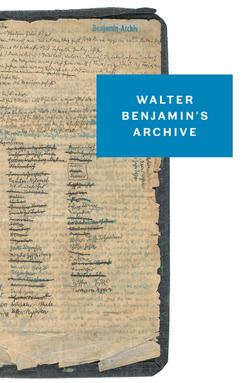