Join us at the London Review Bookshop for a screening of The Black Panthers: Vanguard of the Revolution (Dogwoof Films), the first feature length documentary to explore the Black Panther Party, its significance to the broader American culture, its cultural and political awakening for black people, and the painful lessons wrought when a movement derails. Master documentarian Stanley Nelson goes straight to the source, weaving a treasure trove of rare archival footage with the voices of the people who were there: police, FBI informants, journalists, white supporters and detractors, and Black Panthers who remained loyal to the party and those who left it. Featuring Kathleen Cleaver, Jamal Joseph, and many others, The Black Panthers: Vanguard of the Revolution is an essential history and a vibrant chronicle of this pivotal movement that birthed a new revolutionary culture in America.

"Nearly half a century later, we find our voices in a renewed chorus for justice and equality. We continue to witness a state apparatus that perpetuates a culture of fear and aggression with frequent and unwarranted displays of racial violence and oppression. As we consider the similarities between the injustices of yesterday and the tragedies of today, it is important to understand that the Panthers were energized largely by young people - 25 and under - who started as small group of actively engaged individuals that collectively became an international human rights phenomenon. My hope is the film reveals itself to be more than just thought-provoking observations of our past. The parallels between pivotal moments within the movement and events occurring in our communities today are undeniable. To better understand the Black Panther Party is to be able to better reflect on our own racial climate and collective responsibility to ensure basic rights are fulfilled, not diminished, and that voices of justice and dissent are celebrated, not silenced."—Stanley Nelson, Director

In late 1966, Stokely Carmichael was arrested during a Mississippi rally in the aftermath of the Selma campaign. On his release, he advocated Black Power, representing a break with the theory of nonviolent resistance. Strongly influenced by the work of Frantz Fanon and his landmark book Wretched of the Earth, along with others such as Malcolm X, Carmichael led SNCC to become more radical. He resigned as chairman in May 1967 and became more closely aligned with the Black Panther Party. To celebrate the anniversary of his birth, we publish the text of his speech delivered at the University of California at Berkeley expounding on his aims forty-nine years ago in October 1966.

Stokely Carmichael: the Black Power Movement and "the savagery of white America" 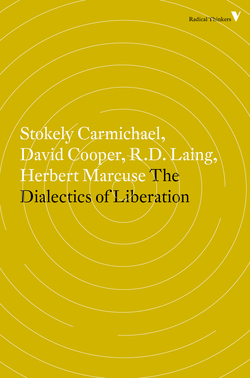 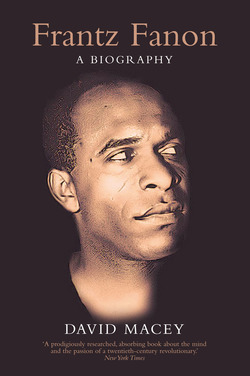 Frantz Fanon
by David Macey
30% off