30% off THE CARE CRISIS by EMMA DOWLING
9 days left 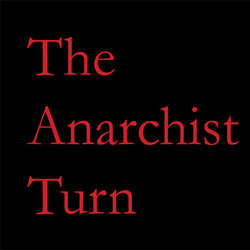 For a long time, the word "anarchist" has been used as an insult. This is because, at least since Thomas Hobbes, the concept of anarchy has been extended from its etymological meaning (absence of centralized government) to that of pure disorder - the idea being that, without a sovereign state, the life of individuals can only be brutish, miserable, and chaotic. This move was certainly functional to the ideological justification of the formation of modern sovereign states, but not to an understanding of what anarchy might be.

In the last decade, this caricature of anarchy has begun to crack. Globalization and the social movements it spawned seem to have proved what anarchists have long been advocating: an anarchical order is not just desirable, but also feasible. This has led to a revitalized interest in the subterranean anarchist tradition and its understanding of anarchy as collective self- organization without centralized authority. But the ban on "anarchism" has not yet been lifted.

The aim of this conference is to argue for an "anarchist turn" in political philosophy. We want to discuss the anarchist hypothesis with specific reference to the philosophical tradition in its many historical and geographical variants, but also in relation to other disciplines like politics, anthropology, economics, history and sociology. By bringing together academics and activists, past and present, this conference will assess the nature and effectiveness of anarchist politics in our times.

“As a strategy of resistance and protest, nonviolence is often seen as passive and resolutely individual. Butler’s philosophical inquiry argues that it is in fact a shrewd and even aggressive collective political tactic.” – The New York Times

“If hope is an impossible demand, then we demand the impossible.”— Judith Butler at Occupy Wall Street video