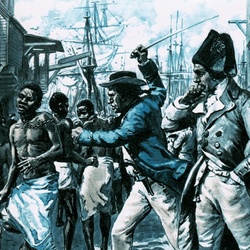 Hosted by the European Studies Department in association with Verso Books

In this definitive historical investigation of the formation of liberalism from the eighteenth to the twentieth centuries, Domenico Losurdo overturns complacent and self-congratulatory accounts by showing that, from its very origins, liberalism and its main thinkers—Locke, Burke, Tocqueville, Constant, Bentham, Sieyès and others—have been bound up with the defense of the thoroughly illiberal policies of slavery, colonialism, genocide, racism and elitism. Losurdo probes the inner contradictions of liberalism, also focusing on minority currents that moved to more radical positions, and provides an authoritative account of the relationship between the domestic and colonial spheres in the constitution of a liberal order.

The triumph of the liberal ideal of the self-government of civil society—waving the flag of freedom, fighting against despotism—at the same time feeds the development of the slave trade, digging an insurmountable and unprecedented gap between the different races.”—Domenico Losurdo

Domenico Losurdo is Professor of Philosophy at the University of Urbino, Italy and the author of many books, most recently Liberalism: A Counter-History.

Robin Blackburn teaches at the New School in New York and the University of Essex in the UK. He is the author of many books, including The Making of New World Slavery, The Overthrow of Colonial Slavery,and The American Crucible.

Richard Seymour is the author of The Liberal Defence of Murder and The Meaning of David Cameron. He runs Lenin's Tomb.

Robin Blackburn
“A brilliant and engaging account of slavery and its ending. This is a masterly analysis.” – BBC History Magazine
Richard Seymour
Domenico Losurdo 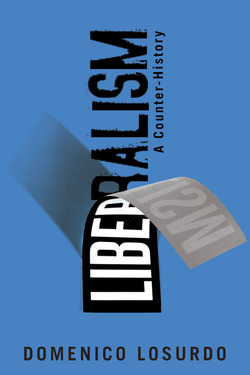 Liberalism
by Domenico Losurdo
40% off