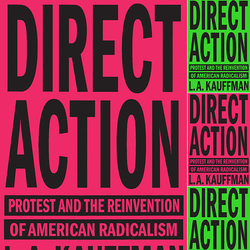 What happened to the American left after the Sixties? This engrossing account traces the evolution of disruptive protest over the last 40 years to tell a larger story about the reshaping of American radicalism, showing how the direct-action blockades, occupations, and campaigns of recent activist movements have functioned as laboratories for political experimentation and renewal.

Propelled by more than 100 candid interviews conducted over a span of decades, this elegant and lively history showcases the voices of key players in an array of movements – environmentalist, anti-nuclear, anti-apartheid, feminist, LGBTQ, anti-globalization, racial-justice, anti-war, and more – across an era when American politics shifted to the right, and issue- and identity-based organizing eclipsed the traditional ideologies of the left.

As Kauffman, a longtime movement insider, examines how groups from ACT UP to Occupy Wall Street to Black Lives Matter have used direct action to catalyze change against long odds, she details the profound influence of feminism and queerness on radical political practice and how enduring divisions of race have shaped the landscape of activism. Written with nuance and humor, and revealing deep connections between movements usually viewed in isolation, Direct Action is essential reading for anyone interested in understanding how protest movements erupt -- and how they can succeed.

L. A. Kauffman has spent more than 30 years immersed in radical movements, as an organizer, strategist, journalist, and observer. Her writings on grassroots activism and social movement history have been published in The Nation, Mother Jones, n+1, The Baffler, and many other outlets. Kauffman was the mobilizing coordinator for the massive anti-war marches of 2003-2004; she has been called a “virtuoso organizer” by journalist Scott Sherman for her role in saving community gardens and public libraries in New York City from developers.

In 1971, the People Didn’t Just March on Washington — They Shut It Down 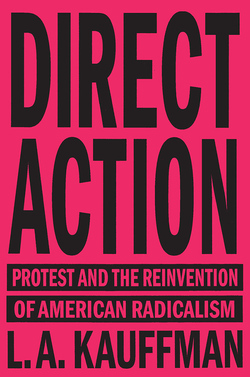 Direct Action
by L.A. Kauffman
30% off