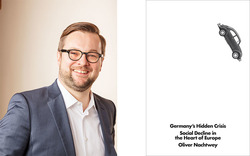 Join German sociologist Oliver Nachtwey and Columbia professor of history Adam Tooze for a conversation on how neoliberalism is causing a social and economic crisis in Germany and the rest of Europe. Moderated by Mark Krotov.

Upward social mobility represented a core promise of life under the “old” West German welfare state, in which millions of skilled workers upgraded their Volkswagens to Audis, bought their first homes, and sent their children to university. Oliver Nachtwey and Adam Tooze look at the reasons for the political and social rupture in postwar German society and discuss the conditions that led to economic crisis and the rise in popularity of right-wing populism throughout Europe.

Oliver Nachtwey is Associate Professor of Social Structure Analysis at the University of Basel, and a fellow at the Institute for Social Research in Frankfurt. His research interests include labour and industrial sociology, political sociology, the comparative study of capitalism, and social movements.

Adam Tooze is the author of Crashed: How a Decade of Financial Crises Changed the World, and Wages of Destruction, winner of the Wolfson and Longman History Today Prize. He is the Kathryn and Shelby Cullom Davis Professor of History at Columbia University. He has written and reviewed for Foreign Affairs, the Financial Times, The Guardian, the Sunday Telegraph, The Wall Street Journal, Die Zeit, Sueddeutsche Zeitung, Tageszeitung and Spiegel Magazine, New Left Review, and the London Review of Books.

Mark Krotov is the publisher of n+1.

Co-sponsored by Verso Books and n+1. 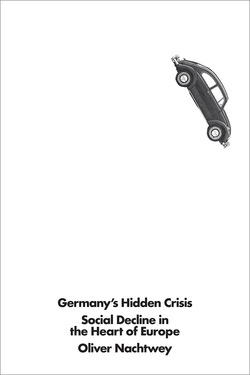