Please join us for the launch of Todd Miller's Empire of Borders: The Expansion of the US Border Around the World. Todd will be joined in conversation by Camille J. Mackler (New York Immigration Coalition), Thanu Yakupitiyage (350.org), and Carl Lipscombe (Black Alliance for Just Immigration), and .

The twenty-first century has witnessed the rapid hardening of international borders. Security, surveillance, and militarization are widening the chasm between those who travel where they please and those whose movements are restricted. But that is only part of the story.

As journalist Todd Miller reveals in Empire of Borders, the nature of US borders has changed. These boundaries have effectively expanded thousands of miles outside of US territory to encircle not simply American land but Washington’s interests. Resources, training, and agents from the United States infiltrate the Caribbean and Central America; they reach across the Canadian border; and they go even farther afield, enforcing the division between Global South and North.

Todd Miller has researched and written about border issues for more than 15 years, the last eight as an independent journalist and writer. He resides in Tucson, Arizona, but also has spent many years living and working in Oaxaca, Mexico. His work has appeared in the New York Times, TomDispatch, The Nation, San Francisco Chronicle, In These Times, Guernica, and Al Jazeera English, among other places. Miller has authored three books: Empire of Borders: The Expansion of the U.S. Border Around the World (Verso, 2019), Storming the Wall: Climate Change, Migration, and Homeland Security (City Lights, 2017), and Border Patrol Nation: Dispatches from the Front Lines of Homeland Security (City Lights, 2014). He’s a contributing editor on border and immigration issues for NACLA Report on the Americas and its column “Border Wars”.
Twitter: @memomiller

Camille J. Mackler, Esq. is the New York Immigration Coalition Director of Immigration Legal Policy. In her role, she works on crafting NYIC policy priorities relating to access to justice and right to counsel for New York's immigrant communities. Prior to joining the NYIC, Camille was in private practice representing detained and non-detained immigrants facing deportation, in asylum proceedings, or in family-based petitions. She currently serves as the Chair of the Protecting Immigrant New Yorkers Task Force, the Chair of the New York State Bar Association’s Committee on Immigration Representation, and sits on the American Immigration Lawyers Association committees on Consumer Protection and Unauthorized Practice of Law (national) and Media & Advocacy (New York Chapter).

Thanushka (Thanu) Yakupitiyage is a Sri Lankan born, Thailand raised activist, cultural organizer, and DJ under the artist moniker “Ushka.” She moved to the U.S when she was 18 to attend Hampshire College in Western Massachusetts. She received her Master of Arts in Communications from UMass Amherst. She’s lived in New York City for almost 10 years, working as a media professional and storyteller in the immigrant rights movement and more recently in the climate justice movement. Thanu’s professional, political, and artistic interests are around (im)migration and she uses mediums including writing, video, and music/audio as an exploration of the everyday lives of brown and black communities from the Global South to the West.

Carl Lipscombe is the Deputy Director of the Black Alliance for Just Immigration (BAJI). For nearly 15 years, Carl has organized poor Black and immigrant communities; litigated on behalf of indigent criminal defendants and undocumented immigrants; and worked with grassroots organizations, worker centers, and unions to affect policy change on the local, state, and national levels. Carl received a B.A. in Philosophy from Brooklyn College, studied Urban Policy and Planning at New York University, and received a law degree from Benjamin N. Cardozo School of Law. 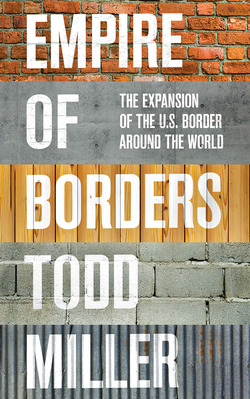