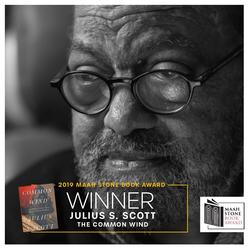 After brief introduction to the Stone Book Award, this year's winning author Julius S. Scott will read excerpts from The Common Wind: Afro-American Currents in the Age of the Haitian Revolution and will talk a little bit about the writing process. This will be followed by audience Q&A and will wrap up with a book signing for 15 minutes at the end.

Though The Common Wind is credited with having “opened up the Black Atlantic with a rigor and a commitment to the power of written words,” the manuscript remained unpublished for thirty-two years. Now, after receiving wide acclaim from leading historians of slavery and the New World, it has been published by Verso for the first time, with a foreword by the academic and author Marcus Rediker.

Julius S. Scott is Professor of Afroamerican and African Studies at the University of Michigan.

Sponsored by the Museum of African American History (Boston and Nantucket) and the James M. and Cathleen D. Stone Foundation, the MAAH Stone Book Award encourages scholarship and writing within the field of African American history and culture by awarding a $25,000 prize to the author of an exceptional adult non-fiction book written in a literary style. Two prizes of $2,500 each are also awarded to two Finalists. 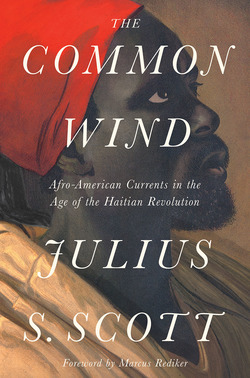