Saidiya Hartman is the author of Wayward Lives, Beautiful Experiments, Lose Your Mother: A Journey Along the Atlantic Slave Route and Scenes of Subjection. A MacArthur "Genius" Fellow, she has been a Guggenheim Fellow, Cullman Fellow, and Fulbright Scholar. She is a professor at Columbia University and lives in New York.

Jayna Brown earned her Ph.D. at Yale University in the American and African American Studies Departments, where she worked with Hazel Carby as her advisor. She is currently Professor at Pratt Institute in the Graduate Program in Media Studies. Brown's areas of research include black expressive cultures, speculative fiction, feminism and queer of color critique. Her first book is titled Babylon Girls: Black Women Performers and the Shaping of the Modern, and was published by Duke University Press in 2008. Her new book, Black Utopias: Speculative Life and the Music of Other Worlds, will be out in the Fall of 2020, and is also published by Duke. In this new book, Brown traces black radical utopian practice and performance, from the psychic travels of Sojourner Truth to the cosmic transmissions of Alice Coltrane and Sun Ra. Brown has been the recipient of a number of fellowships from various institutions, including the Ford Foundation, the Rockefeller Foundation and Harvard’s Charles Warren Center.

Gaiutra Bahadur is the author of Coolie Woman, a personal history of indenture in the West Indies shortlisted for Britain's Orwell Prize for artful political writing. Her essays, criticism and reportage have appeared in a wide range of publications, including the New York Times Book Review, the New York Review of Books, the New Republic, The Nation, VQR, Lapham’s Quarterly, Boston Review and Dissent. She teaches journalism as an assistant professor in the Department of Arts, Culture and Media at Rutgers University-Newark. A former daily newspaper reporter and Nieman Fellow, she has published short fiction in the Feminist Press collection Go Home!. Her work has been recognized with literary residencies at the MacDowell Colony and the Rockefeller Foundation’s Bellagio Center in Italy and fellowships from Harvard, the British Library and the New York Public Library. Twice winner of the New Jersey Council on the Arts Award for creative prose, she has taught creative nonfiction in Switzerland and Caribbean literature in New York City.

Anne McClintock is the A. Barton Hepburn Professor at Princeton University. She is the author of Imperial Leather. Race, Gender and Sexuality in the Colonial Contest. Her essays and photographs have appeared at the Chicago Architectural Biennial, and in The Guardian, New York Times, Guernica, The Nation, Truth Out, Jacobin, Village Voice. Her work is translated into 15 languages. She has won two MacArthur fellowships.

Marisa J. Fuentes is the Presidential Term Chair in African American History and an associate professor of women's and gender studies and history at Rutgers University. Her first book, Dispossessed Lives: Enslaved Women, Violence, and the Archive (2016), won book prizes from the Caribbean Studies Association, the Association of Black Women Historians, and the Berkshire Conference of Women Historians. She is a coeditor of Scarlet and Black: Slavery and Dispossession in Rutgers History, Volume I (2016), and "Slavery and the Archive," a special issue of History of the Present (November 2016). Fuentes's research has been funded by several institutions, including the Ford Foundation, Harvard University, the Schomburg Center for Research in Black Culture, and the National Endowment for the Humanities. 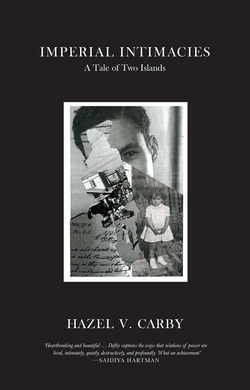