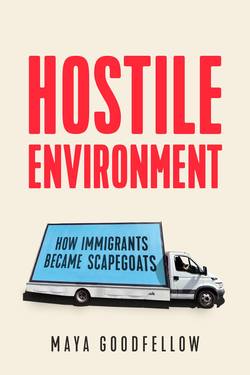 The UK government proudly calls the aim of its immigration policy to be the creation of a “hostile environment, ” while refugees drown in the Mediterranean and Britain votes to leave the EU against claims that “swarms”of migrants are entering Britain. Meanwhile, study after study confirms that immigration is not damaging the UK’s economy, nor putting a strain on public services, but immigration is blamed for all of Britain’s ills. Yet concerns about immigration are deemed “legitimate” across the political spectrum, with few exceptions. How did we get here?

Maya Goodfellow is a writer, academic and broadcast commentator. Formerly a staff writer for LabourList, she has written for the New York Times, Guardian and the New Statesman, among others, on a range of issues including UK politics, gender, race and migration. She has a PhD in race and racism from SOAS, University of London, and she is the author of Hostile Environment: How Immigrants Became Scapegoats.

Hot drinks, beer and bar food will be available.