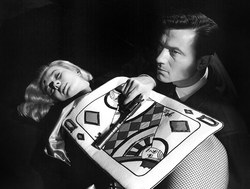 Join Verso Books and Franny Nudelman, author of Fighting Sleep: The War for the Mind and the US Military, for a screening of The Manchurian Candidate. Directed by John Frankenheimer in 1962, the film returns to the Korean war to imagine a global brainwashing conspiracy advanced by a sleeper agent who has been “conditioned” while in captivity in Manchuria. Dramatizing the dream logic of Cold War militarism and domestic anti-communism, Frankenheimer captures the convergence of state power, media, warfare, and science that characterized his era. In its portrayal of violence that targets the mind, the film continues to speak powerfully to the military technologies and political anxieties of our own day. Nudelman will be joined by cultural historians Andreas Killen and Matthew Frye Jacobson for a panel discussion following the film.

Franny Nudelman is Professor in the Department of English Language and Literature at Carleton University in Ottawa, where she teaches US culture and history. She has published widely on the subjects of war, activism, and documentary and is the author of John Brown’s Body: Slavery, Violence, and the Culture of War (2004). She has also co-edited, with Sara Blair and Joseph Entin, a volume of essays on documentary expression, Remaking Reality: U.S. Documentary Culture after 1945 (2018).

Andreas Killen is Professor at City College and the CUNY Grad Center, where he teaches modern European history and the history of science and medicine. His most recent book is Homo Cinematicus: Science, Motion Pictures, and the Making of Modern Germany (2017) and he has also co-edited a special volume of the journal Grey Room titled "On Brainwashing: Mind Control, Media, and Warfare." He is currently at work on a book about the history of the brain in the 1950s.

Matthew Frye Jacobson is William Robertson Coe Professor of American Studies and History at Yale. He is the author of seven books on race, politics, and culture in the United States, including most recently Odetta’s One Grain of Sand (2019) and The Historian’s Eye: Photography, History, and the American Present (2019). He has also written a book on The Manchurian Candidate entitled What Have they Built You to Do?: The Manchurian Candidate and Cold War America (with Gaspar Gonzalez, 2006). He served as creator, writer, and lead researcher for A Long Way from Home: The Untold Story of Baseball’s Desegregation (Hammer & Nail Productions, 2019). The film garnered a Golden Telly Award in the category of General Television Documentary (2019). His teaching and research focus on race in U.S. political culture 1790–present, including U.S. imperialism, immigration and migration, popular culture, Civil Rights, and the juridical structures of U.S. citizenship, in addition to Documentary Studies and Public Humanities. 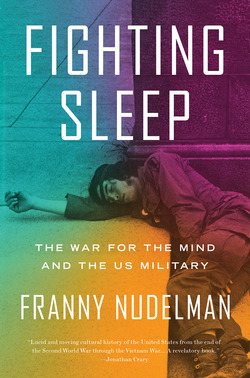