Verso Classics: back in print and 40% off!
6 days left 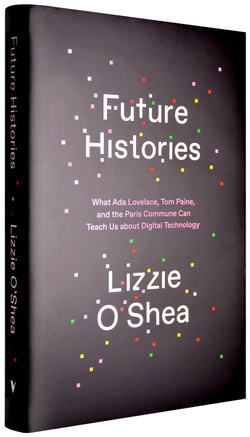 Doors open 30 minutes before the start of the event.

What, she asks, can the Paris Commune tell us about earlier experiments in sharing resources—like the Internet—in common? Can debates over digital access be guided by Tom Paine’s theories of democratic economic redistribution? And how is Elon Musk not a visionary but a throwback to Victorian-era utopians?

In engaging, sparkling prose, O’Shea shows us how very human our understanding of technology is, and what potential exists for struggle, for liberation, for art and poetry in our digital present. Future Histories is for all of us—makers, coders, hacktivists, Facebook-users, self-styled Luddites—who find ourselves in a brave new world.

Join us on the 2nd floor for a discussion between Lizzie O'Shea, Jacobin's Alex Press, and NYU scientist Meredith Whittaker. about what our past can tell us about the future of technology.

Lizzie O’Shea is a lawyer, writer, and broadcaster. She is regularly featured on national television programs and radio to comment on law, digital technology, corporate responsibility, and human rights, and her writing has appeared in the New York Times, Guardian, and the Sydney Morning Herald, among others.

Alex Press is an assistant editor at Jacobin. Her writing has appeared in the Washington Post, Vox, the Nation, and n+1, among other places.

Meredith Whittaker is a Distinguished Research Scientist at New York University, and the founder and lead of Google’s Open Research group. She co-founded M-Lab, a globally distributed network measurement system that provides the world’s largest source of open data on internet performance. She co-founded Simply Secure, helped build and currently advises the Open Technology Fund, and led work to strengthen the security of critical internet infrastructure. She has advised the White House, the FCC, the City of New York, the European Parliament, and many other governments and civil society organizations on artificial intelligence, internet policy, measurement, privacy, and security. 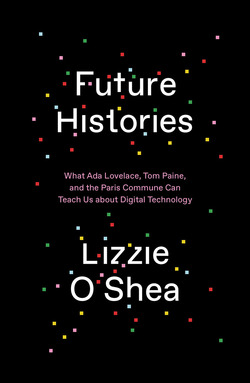