“The Economist has vigorously claimed to be advancing the liberal cause since its founding. Zevin takes it at its word, telling the story not only of the magazine itself but also of its impact on world affairs. Having evidently mastered the magazine’s archives, he commands a deep knowledge of its inner workings. The Economist emerges as a force that—thanks to the military, cultural and economic power of Britain and, later, America—can truly be said to have made the modern world, if not in the way that many liberals would suppose.” – Pankaj Mishra, New Yorker

“Meticulous and beautifully written, Liberalism at Large should be read by anyone interested in ‘actually existing liberalism,’ in other words liberalism as it was conceived by the people who defined and promoted it, and not an idealized version based on some pre-determined canon of ‘great thinkers.’ Fascinating and often disturbing.” – Helena Rosenblatt, author of The Lost History of Liberalism 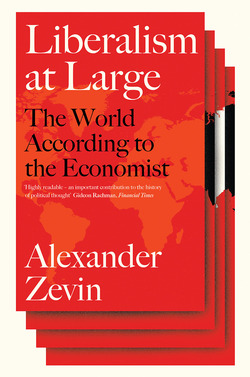 Liberalism at Large
by Alexander Zevin
40% off