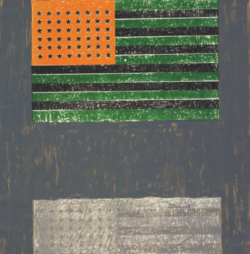 Signs of U.S. imperialism are omnipresent: from trillion-dollar defense budgets to fighter jet flyovers at professional sporting events; from “endless war” abroad to local police, in military kit, beating, gassing, and shooting protestors at home. How can we understand the U.S. empire in all its gargantuan totality—as the expression of American international power, a guarantor of global capital, and a structural factor of domestic American life? Where does the U.S. state, culture, and economy end, and the empire begin?

In Empire in Crisis, a two-day teach-in and symposium, leading scholars, journalists, and activists will gather to explore the scope, function, and possible futures of U.S. imperialism—both its power and the points at which it can be resisted. Across a series of text-based learning sessions and panel discussions, we will ask: Why do we fight “endless wars”? How does U.S. imperialism connect with the global economy? In what ways has American life been militarized? How do we resist?

Empire in Crisis is being held in partnership with Justice is Global, Veterans for Peace, the Quincy Institute for Responsible Statecraft, the DSA International Committee, IfNotNow, National Lawyers Guild, Verso Books, and Brown University’s Costs of War Project.