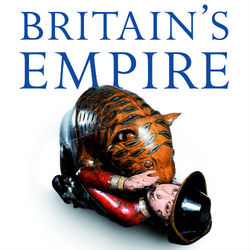 Intelligence2 debate: "Britain's former colonies should stop blaming the Empire for their ills"

The British Empire has a mixed legacy. On the plus side we brought railways, the rule of law and the English language, the world's lingua franca, to far-flung places. But it's also true that in the aftermath of WWII our rapid retreat from Empire was a bit too hasty: colonial administrators with little understanding of local history or culture created new countries by drawing lines on the map, ignoring the affiliations of religion, tribe or language.

So it's hardly surprising that our former colonies blame us for the subsequent wars and tensions that continue to this day in places such as Kashmir and parts of Africa. But isn't it all too easy for corrupt and unpopular leaders to use the Empire as a scapegoat for their failings? 60 years on, isn't it time for our former colonies to take responsibility for themselves? Who's right? Who's wrong? Come to the debate and decide for yourself.

Speakers for the motion

Ramachandra Guha, Indian historian and Philippe Roman Professor of History and International Affairs at the LSE

Speakers against the motion

Kwasi Kwarteng, Conservative MP and author of Ghosts of Empire: Britain's Legacies in the Modern World

Ruling the waves with armbands on? Richard Gott on the British Empire