20 years after 9/11, Suzanne Schneider examines how the political violence of modern jihad echoes the crises of western liberalism.

In this authoritative, accessible study, historian Suzanne Schneider looks at the politics and ideology of the Islamic State (better known as ISIS). Presenting her book with a short talk and a panel discussion, Schneider argues that today’s jihad is not the residue from a less enlightened time, nor does it have much in common with its classical or medieval form, but it does bear a striking resemblance to the reactionary political formations and acts of spectacular violence that are upending life in Western democracies. From authoritarian populism to mass shootings, xenophobic nationalism, and the allure of conspiratorial thinking, Schneider argues that modern jihad is not the antithesis to western neoliberalism, but rather a dark reflection of its inner logic.

Written with the sensibility of a political theorist and based on extensive research into a wide range of sources, from Islamic jurisprudence to popular recruitment videos, contemporary apocalyptic literature and the Islamic State's Arabic-language publications, the book explores modern jihad as an image of a potential dark future already heralded by neoliberal modes of life. Surveying ideas of the state, violence, identity, and political community, Schneider argues that modern jihad and neoliberalism are two versions of a politics of failure: the inability to imagine a better life here on earth.

Schneider will be in conversation with Spencer Ackerman and others. Check back for more.

Spencer Ackerman has been a national-security correspondent for outlets like The New Republic, WIRED, The Guardian, and The Daily Beast for nearly the entire War on Terror. He has reported from the frontlines of Afghanistan, Iraq, and Guantanamo Bay. He shared in the 2014 Pulitzer Prize for Public Service Journalism for Edward Snowden's NSA leaks to The Guardian, a series of stories that also yielded him other awards, including the Scripps Howard Foundation's 2014 Roy W. Howard Award for Public Service Reporting and the 2013 IRE medal for investigative reporting. Ackerman's WIRED series on Islamophobic counterterrorism training at the FBI won the 2012 online National Magazine Award for reporting. Ackerman is the publisher of the Forever Wars newsletter on Substack, where he tracks the ongoing course of the War on Terror. He lives in his native Brooklyn with his wife and children. 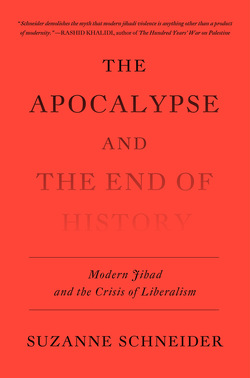