Join us for an author talk with Raina Lipsitz's for her new book The Rise of a New Left: How Young Radicals are Shaping the Future of American Politics.

Raina will be in conversation with writer and editor Sarah Leonard and the Pennsylvania organizer Jonathan Smucker.

The Rise of a New Left gets behind the headlines about AOC and her cohort of elected officials to tell the stories of the young organizers who created the Squad and the new social movements that have roiled US politics, from the DSA to the Sunrise Movement to Justice Democrats. Ranging across the country to describe grassroots organizing in places like rural Pennsylvania, upstate New York, Kentucky, Florida, and California, this book examines the panoply of strategies and struggles of activists working in—and trying to transform—electoral politics and the climate justice, racial justice, and labor movements.

Raina Lipsitz lives in Brooklyn and writes about politics and culture. Her work has appeared in Al Jazeera America, the Appeal, Atlantic, Nation, and New Republic, among other publications. This is her first book.

Sarah Leonard is editor-in-chief of Lux magazine. She is a contributing editor to The Nation and Dissent. Follow her at @sarahrlnrd.

Jonathan Smucker is co-founder and Executive Director of Popular Comms. He has worked for over 25 years as a political organizer, campaigner, and strategist. He is the co-founder of Lancaster Stands Up, Pennsylvania Stands Up, Common Defense, and Beyond the Choir, and is a sociology PhD candidate at UC Berkeley and author of Hegemony How-To: A Roadmap for Radicals. 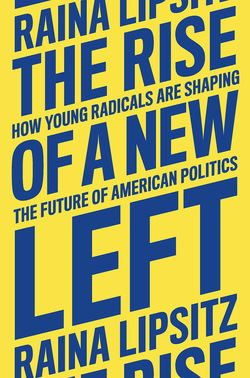 The Rise of a New Left
by Raina Lipsitz
40% off