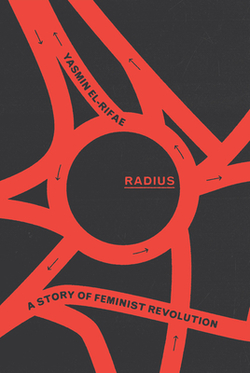 A haunting, intimate account of the women and men who built a feminist revolution in the middle of the Arab Spring.

In 2012, the joyful hopes of the democratic Egyptian Revolution were tempered by revelations of mass sexual assault in Tahrir Square in Cairo, the revolution’s symbolic birthplace.

This is the story of the women and men who formed Opantish - Operation Anti-Sexual Harassment - who deployed hundreds of volunteers, scouts rescue teams, and getaway drivers to intervene in the spiraling cases of sexual violence against women protesters in the square. Organized and led by women during 2012–2013 - the final, chaotic months of Egypt’s revolution - teams of volunteers fought their way into circles of men to pull the woman at the center to safety. Often, they risked assault themselves.

Journalist Yasmin El-Rifae was one of Opantish’s organizers, and this is her evocative, aching account of their work, as they raced to develop new tactics, struggled with a revolution bleeding into counter-revolution, and dealt with the long aftermath of assault and devastation. Told in a daring, hybrid narrative style drawn from years of interviews and her own, intimate experience, it is a story of overlapping circles: the circles of male attackers activists had to break through, the ways sexual violence can be circled off as “irrelevant” to political struggle, and the endless repetitive loops of living with trauma.

Introducing a powerful new voice, a writer whose searchingly beautiful, spare prose cuts to the core of a story ever more urgent and relevant: of women’s resistance when all else has failed. 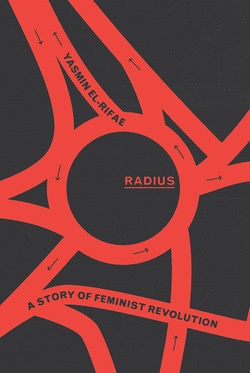 Radius
by Yasmin El-Rifae
40% off