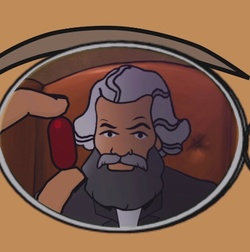 The 15th February screening will be followed by a panel discussion with Robin Blackburn, Paul Mason, Laurie Penny and Jason Barker (writer and director).

Featuring a stellar array of philosophers including Žižek, this film offers an electrifying examination of the contemporary relevance of Karl Marx's ideas for understanding the current global social and economic crisis. As the deepest global recession in 70 years prompts the US government to spend more than one trillion dollars to rescue its banking system from collapse and the Euro is in deep disarray, the full implications of the crisis in Europe and around the world still remain unclear. Marx Reloaded fascinatingly asks some of the world's foremost philosophers and critical thinkers whether we should accept the crisis as an unfortunate side-effect of rampant capitalism, or if there is another explanation as to what is happening around us and what the likely effects may be on our society, our economy and our whole way of life.

Mixing animation and interviews with appearances from the likes of Slavoj Žižek and Antonio Negri, Marx Reloaded gives a voice to sceptics and acolytes of Marx, leading us on an adventure through the matrix of his ideas.

For more information and to book visit the ICA.

Robin Blackburn
“A brilliant and engaging account of slavery and its ending. This is a masterly analysis.” – BBC History Magazine
Antonio Negri
Jacques Rancière
“One of our most stimulating thinkers”—Paris Match
Alberto Toscano
"Toscano wipes the smug smiles off the self-righteous faces of the New Philosophers.” – Mike Davis
Michael Hardt 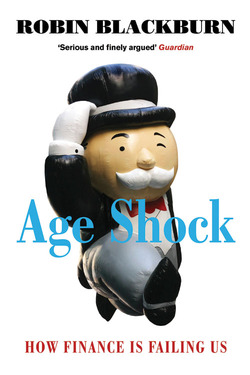 Age Shock
by Robin Blackburn
40% off