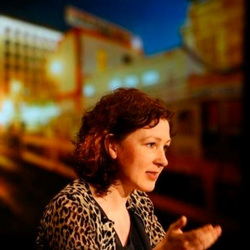 Join art historian Claire Bishop and Carrie Lambert-Beatty in conversation at the Martin E. Segal Theatre to celebrate the launch of Bishop's new book, Artificial Hells: Participatory Art and the Politics of Spectatorship. The discussion will be followed by a book signing and wine reception. Free and open to the public.

Claire Bishop is Associate Professor in the PhD Program in Art History at CUNY Graduate Center, New York.  Her publications include Installation Art: A Critical History (Tate/Routledge, 2005) and the edited anthology Participation (Whitechapel/MIT Press, 2006), as well as numerous essays on performance and socially-engaged art.  Her curatorial projects include the exhibition "Double Agent" at the ICA, London (2008) and the "PRELUDE.11" performance festival at CUNY Graduate Center (2011). She is a regular contributor to Artforum.

Carrie Lambert-Beatty is Associate Professor of the Humanities at Harvard University, and her research focuses on art since 1960, especially performance and video. Her writing on performance art, postmodern dance, and minimalism has been published in exhibition catalogs and in journals such as Trans, Art Journal, and October magazine, of which she has been an editor since 2008. Her book Being Watched: Yvonne Rainer and the 1960s (MIT Press, 2008) was the 2008 winner of the de la Torre prize for scholarship on dance. Her latest research is on recent intersections of art and activism. 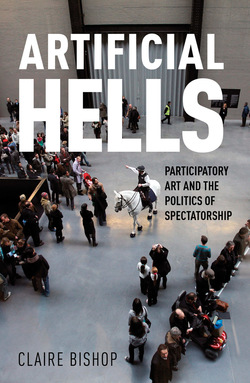 Artificial Hells
by Claire Bishop
30% off