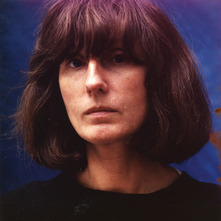 Gareth Peirce is an acclaimed human rights lawyer who has appeared for the Birmingham Six, the family of Jean Charles de Menezes and Moazzam Begg, amongst many others. Peirce will be at the Frontline Club in conversation with the Guardian's legal affairs correspondent Afua Hirsch. She will be discussing her work and Dispatches from the Dark Side: On Torture and the Death of Justice, her new comprehensive set of essays which analyses the corruption of legal principles and practices in both the US and the UK.

In Dispatches from the Dark Side Peirce demonstrates how the British government has colluded with the US in a range of unlawful activities; rendition, internment without trial, torture. How it has gone to extraordinary lengths to hide its actions, its devices for maintaining secrecy being more deep-rooted than those of any other comparable democracy. She states that unless the British government can urgently put into reverse its present course, it will have destroyed much of the moral and legal fabric it claims to be protecting.

Exploring the fate of men interned without trial, the subjects of house arrest, extraditees and deportees. Peirce argues that their cases demonstrate a deeply entrenched culture of impunity among those pursuing the West's new suspect community. She recalls Britain's crackdown on Irish nationalism and asks if in its prosecution of the ‘War on Terror', has the West repeated the fatal errors of the Irish conflict, with young Muslims taking the place of innocent Irish men and women?

Gareth Peirce
"One of the most feared and respected lawyers in the country."—Big Issue

Victoria Brittain reviews Dispatches from the Dark Side