This year Verso authors will appear on panel discussions alongside over 280 distinguished writers and thinkers at the Brooklyn Book Festival, the borough's seventh and largest international literary conference to date. This year, the festival has expanded to twelve venues across Brooklyn and boasts over 140 panels from September 17-23rd.

From Simon Critchley on the quest for the conversational sublime to Tariq Ali on social change, we sincerely hope you visit our outstanding authors as they discuss and debate some of the most pressing issues of the moment.

On Truth (and Lies) in Conversation:

What is the truth? Simon Critchley, one of today's leading contemporary philosophers turns the tables on Paul Holdengräber, the director/founder of LIVE from the NYPL, to examine the art of conversation, digression, and sustained dialogue. Holdengräber—an expert in what he calls "cognitive theater" and a seasoned interviewer of major cultural and political figures, from Jay-Z to Zadie Smith and Patti Smith to Slavoj Zizek—joins Critchley to discuss how truth emerges from conversation.

Power to the People: Grassroots Revolution in the post hope era

What's the connection between social change and electoral politics? Does the hope we can truly belive in come from the ground up? And what can we learn from the peoples' revolutions from around the globe? Tariq Ali (The Obama Syndrome), Todd Gitlin (Occupy Nation), and Marina Sitrin (Everyday Revolutions) will discuss the necessity and effectiveness of individual action in the political sphere. Moderated by Laura Flanders (The Nation). 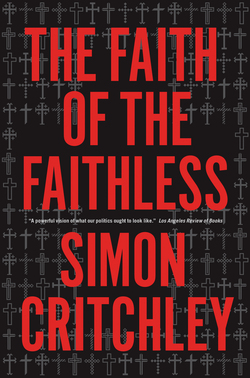 The Faith of the Faithless
by Simon Critchley
40% off