Has any work of literature been more written, talked and thought about than Shakespeare’s Hamlet? Philosopher Simon Critchley and psychoanalyst Jamieson Webster take on the play, and our abiding preoccupation with it, via a series of classic interpretations, notably those of Carl Schmitt, Walter Benjamin, Hegel, Freud, Lacan and Nietzsche. "We write as outsiders", they conclude, "for shame, about Shakespeare, with the added shame of doing so as husband and wife with the implicit intent of writing about love. Perhaps we have betrayed ourselves. Perhaps this book will be the undoing of our marriage. Perhaps it is written in vain, for no one and for nothing. In this rash lovers’ risk, this is essentially a book about nothing, for the love of nothing, for the nothing of love, for the love of Hamlet."

Simon Critchley is Hans Jonas Professor of Philosophy at the New School for Social Research. He also teaches at the European Graduate School. His many books include Ethics-Politics-Subjectivity, Infinitely Demanding, and The Faith of the Faithless, all published by Verso. He is series moderator of The Stone, a philosophy column in The New York Times, to which he is a frequent contributor.

Jamieson Webster is a psychoanalyst in private practice in New York City. She is the author of The Life and Death of Psychoanalysis. She has written for Cabinet,The New York Times, and many psychoanalytic publications. She teaches at Eugene Lang College. 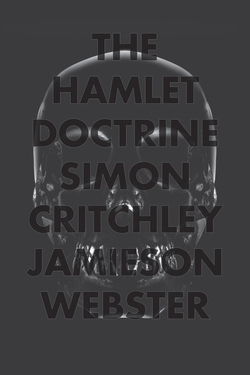