40% off everything on our site!
4 hours left

His wife, Mei Zhi, shared his incarceration for many years. F: Hu Feng's Prison Years is her account of that time, beginning ten years after her and Hu Feng’s initial arrest. She herself was eventually released, after which she navigated the party’s Byzantine prison bureaucracy searching for his whereabouts. Having finally found him, she voluntarily returned to gaol to care for him in his rage and suffering, watching his descent into madness as the excesses of the Cultural Revolution took their toll.

This beautiful and harrowing portrait of Mei Zhi’s life with Hu Feng and stark account of the prison system and life under Mao will be presented at the LSE at an event co-hosted by the LSE Government Department, English PEN.

Join us for a panel discussion with our very special guest Professor Zhang Xiaoshan, Hu Feng's son, Professor Gregor Benton, the English translator of the book, and Louisa Wei, whose film Storm under the Sun that narrates the Hu Feng affair in China's 1950s will be screened. Dr Lin Chun, Associate Professor in Comparative Politics at the LSE, will chair.

This event also features the European premiere of Storm Under the Sun, a fascinating and absorbing documentary about the 1955 national campaign initiated by Chairman Mao Zedong against Hu Feng, co-directed by Louisa Wei and Xiaolian Peng. Storm Under Sun is the first film representation of the case, presenting an arresting political saga with archival footage, woodcut prints and cartoon images, interviews and stylized animation.

This event is free and open to all but please reserve your place in advance here.

With support from English PEN

This book has been selected to receive financial assistance from English PEN’s Writers in Translation programme supported by Bloomberg. English PEN exists to promote literature and its understanding, uphold writers’ freedoms around the world, campaign against the persecution and imprisonment of writers for stating their views, and promote the friendly co-operation of writers and free exchange of ideas. For more information visit www.englishpen.org.

Zhang Xiaoshan is Professor, Academician of the Chinese Academy of Social Sciences, and former Director of the Institute of Rural Development, CASS. He has been a deputy to China’s 11th and 12th National Peoples’ Congress and a member of the NPC’s Agricultural and Rural Affairs Committee. Specialized in rural institutional change, organizational innovation, socioeconomic development and farmers’ social protection, he has been the coordinator of several major national and international projects in the fields. He has also been a consultant to the World Bank and relevant governmental advisory bodies in China, Brazil, Venezuela, Ethiopia and Australia. He has published, as author or co-author, more than ten books and many policy reports and academic papers. He is currently the Chairman of the Association of Chinese Rural Cooperative Economy and Vice Chairman of the Association of Chinese Agricultural Economy.

Louisa Wei is a media scholar, script writer and film maker based in Hong Kong. She co-directed Storm Under Sun and has made a number of other feature films and documentaries, including Golden Gate Girls (2013). 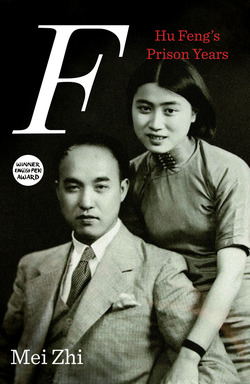