Decolonial Marxism collects Walter Rodney's previously unbound essays written during the world-turning days of Black revolution. In drawing together pages where he elaborates on the nexus of race and class, offers his reflections on radical pedagogy, outlines programs for newly independent nation-states, considers the challenges of anti-colonial historiography, and produces balance sheets for a dozen wars for national liberation, this volume captures something of the range and power of Rodney’s output.

Mike Davis discloses the relationship between imperial arrogance and natural incident that combined to produce some of the worst tragedies in human history. Late Victorian Holocausts focuses on three zones of drought and subsequent famine: India, Northern China; and Northeastern Brazil. All were affected by the same global climatic factors that caused massive crop failures, and all experienced brutal famines that decimated local populations. But the effects of drought were magnified in each case because of singularly destructive policies promulgated by different ruling elites.

In Not By Omission, Amnon Kapeliouk traces the policies and attitudes that led to the 1973 Arab–Israeli war. He describes the multiple diplomatic overtures from Egyptian presidents Nasser and Sadat after 1967 that Israel ignored or contemptuously rejected, as well as the complacent attitude that had become fully entrenched in the Israeli military establishment. Kapeliouk also notes the protest movement that arose among active-duty soldiers as well as veterans in the wake of the war demanding political accountability for the failures of the war.

In this classic book, Rodney makes the unflinching case that African “mal-development” is not a natural feature of geography, but a direct product of imperial extraction from the continent, a practice that continues up into the present. Meticulously researched, How Europe Underdeveloped Africa remains a relevant study for understanding the so-called “great divergence” between Africa and Europe, just as it remains a prescient resource for grasping the multiplication of global inequality today. In this new edition, Angela Davis offers a striking foreword to the book, exploring its lasting contributions to a revolutionary and feminist practice of anti-imperialism.

Building on a growing body of transnational and interdisciplinary research on the political imaginaries of settler colonialism as a specific mode of domination, this book uncovers and subjects to critique an autonomous, influential, and coherent political tradition—a tradition still relevant today. It follows the ideas and the projects (and failures) of those who left or planned to leave growing and chaotic cities and challenging and confusing economic circumstances, those who wanted to protect endangered nationalities, and those who intended to pre-empt forthcoming revolutions of all sorts, including civil and social wars.

On May 18, 1980, student activists gathered in the South Korean city of Gwangju to protest the coup d’état and the martial law government of General Chun Doo-hwan. The security forces responded with unmitigated violence. Over the next ten days hundreds of students, activists, and citizens were arrested, tortured, and murdered. The events of the uprising shaped over a decade of resistance to the repressive South Korean regime and paved the way for the country’s democratization.

The remarkable life of Rigoberta Menchú, a Guatemalan peasant woman, reflects on the experiences common to many Indian communities in Latin America. Menchú suffered gross injustice and hardship in her early life: her brother, father and mother were murdered by the Guatemalan military. She learned Spanish and turned to catechistic work as an expression of political revolt as well as religious commitment. Menchú vividly conveys the traditional beliefs of her community and her personal response to feminist and socialist ideas.

Spanning from the night classes for workers organised by student activists in Beijing in the 1910s to the labour struggles during the 1920s and 1930s, to China’s global push today, this book reconstructs the contentious history of labour in China from the early twentieth century to this day (and beyond). Achieved through a series of essays penned by scholars in the field of Chinese society, politics, and culture, each one of which revolves around a specific historical event, in a mosaic of different voices, perspectives, and interpretations of what constituted the experience of being a worker in China in the past century.

Intent to Deceive tells the story of a campaign of genocide denial from its origins with those who planned the massacres. With unprecedented access to government archives including in Rwanda Linda Melvern explains how, from the moment the killers seized the power of the state, they determined to distort reality of events. These masters of deceit have found new and receptive audiences, have fooled gullible journalists and unwary academics. With their seemingly sound research methods, the Rwandan génocidaires continue to pose a threat, especially to those who might not be aware of the true nature of their crime.

Connecting contemporary Shanghai, late Apartheid era South Africa, and China during the Great Leap Forward and the Tiananmen uprising—and refracting this globe-trotting and time-traveling through Hughes’ confessional letters to a South African protege about the poet’s time in Shanghai—How to Be a Revolutionary is an amazingly ambitious novel. It’s also a heartbreaking exploration of what we owe our countries, our consciences, and ourselves.

The Russian Revolution collects surviving texts from a series of lectures Walter Rodney delivered at the University of Dar es Salaam, an intellectual hub of the independent Third World. Moving across the historiography of the long Russian Revolution with clarity and insight, Rodney transcends the ideological fault lines of the Cold War. Surveying a broad range of subjects—the Narodniks, social democracy, the October Revolution, civil war, and the challenges of Stalinism—Rodney articulates a distinct viewpoint from the Third World, one that grounds revolutionary theory and history with the people in motion.

Tariq Ali has been following the wars in Afghanistan for forty years. He opposed Soviet military intervenion in 1979, predicting disaster. He was also a fierce critic of its NATO sequel, Operation Enduring Freedom. In a series of trenchant commentaries, he has described the tragedies inflicted on Afghanistan, as well as the semi-Talibanisation and militarisation of neighbouring Pakistan. Most of his predictions have proved accurate. The Forty-Year War in Afghanistan: A Chronicle Foretold brings together the best of his writings and includes a new introduction.

The Making of New World Slavery argues that independent commerce, geared to burgeoning consumer markets, was the driving force behind the rise of plantation slavery. The baroque state sought—successfully—to feed upon this commerce and—with markedly less success—to regulate slavery and racial relations. To illustrate this thesis, Blackburn examines the deployment of slaves in the colonial possessions of the Portuguese, the Spanish, the Dutch, the English and the French. Plantation slavery is shown to have emerged from the impulses of civil society, not from the strategies of individual states.

The violence that has ravaged Algeria in recent years has often defied explanation. Regularly invoked in debates about political Islam, transitions to democracy, globalization, and humanitarian intervention, Algeria’s tragedy has been reduced to a clash of stereotypes: Islamists vs secularists, terrorists vs innocent civilians, or generals vs a defenceless society. This book offers a radical corrective to Western misconceptions. Rejecting the usual tautological approaches of inherent, predetermined conflict, Hugh Roberts explores the outlook and evolution of the various forces as they emerged: the Islamists; the Berberists; the factions within the army; the regime in general; and external actors.

Published to coincide with the one-hundredth anniversary of the founding of the Chinese Communist Party, Revolution and Counterrevolution in China charts China’s epic revolutionary trajectory in search of a socialist alternative to the global system, and asks whether market reform must repudiate and overturn the revolution and its legacy.

In the early twentieth century, the worldwide rubber boom led British entrepreneur Lord Leverhulme to the Belgian Congo. Warmly welcomed by the murderous regime of King Leopold II, Leverhulme set up a private kingdom reliant on the horrific Belgian system of forced labour, a programme that reduced the population of Congo by half and accounted for more deaths than the Nazi Holocaust. In this definitive, meticulously researched history, Jules Marchal exposes the nature of forced labour under Lord Leverhulme’s rule and the appalling conditions imposed upon the people of Congo.

In an iconoclastic intervention, Marxist historian Perry Anderson provides an unforgettable reading of the Subcontinent’s passage through Independence and the catastrophe of Partition, the idiosyncratic and corrosive vanities of Gandhi and Nehru, and the close interrelationship of Indian democracy and caste inequality. The Indian Ideology caused uproar on first publication in 2012, not least for breaking with euphemisms for Delhi’s occupation of Kashmir. This new, expanded edition includes the author’s reply to his critics, an interview with the Indian weekly Outlook, and a postscript on India under the rule of Narendra Modi.

Following the Algerian war for independence and the defeat of France in 1962, Algiers became the liberation capital of the Third World. Elaine Mokhtefi, a young American woman immersed in the struggle and working with leaders of the Algerian Revolution, found a home here. Mokhtefi crossed paths with some of the era’s brightest stars: Frantz Fanon, Stokely Carmichael, Timothy Leary, Ahmed Ben Bella, Jomo Kenyatta, and Eldridge Cleaver. She was instrumental in the establishment of the International Section of the Black Panther Party in Algiers and close at hand as the group became involved in intrigue, murder, and international hijackings. She traveled with the Panthers and organized Cleaver’s clandestine departure for France. Algiers, Third World Capital is an unforgettable story of an era of passion and promise. 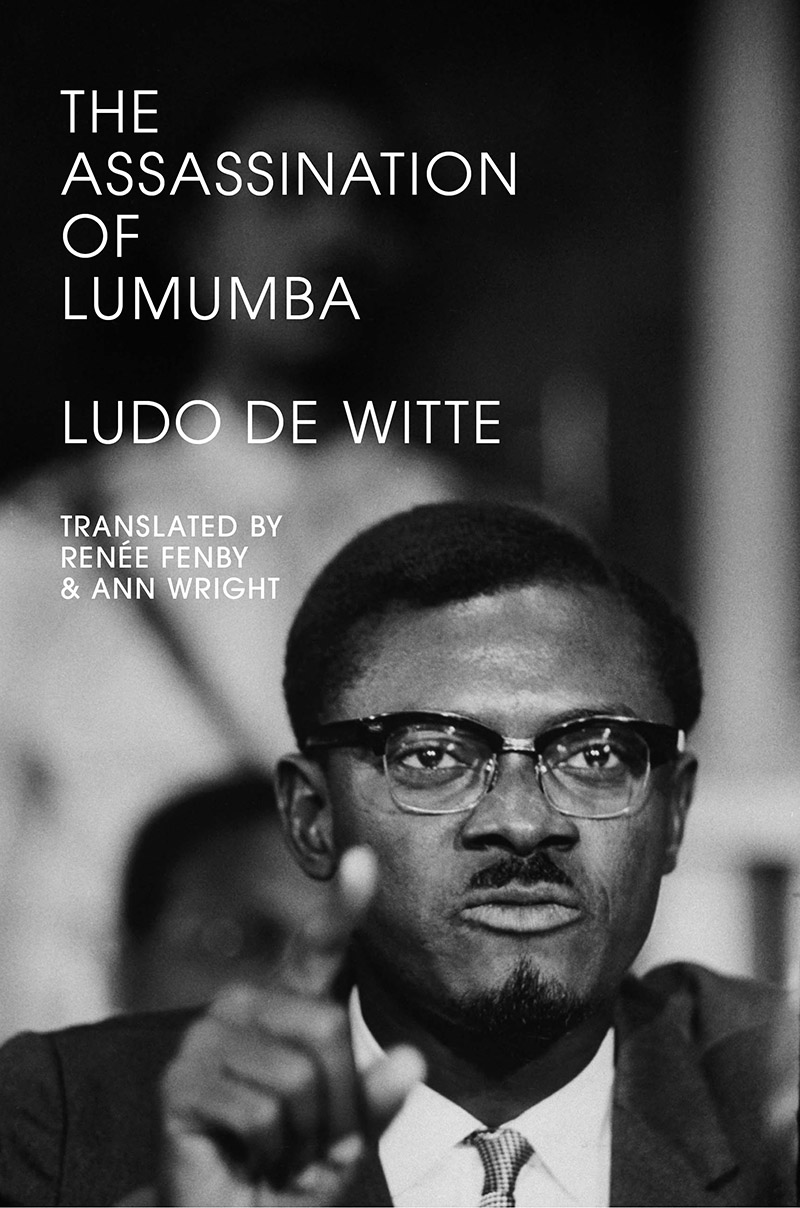 The Assassination of Lumumba
by Ludo De Witte 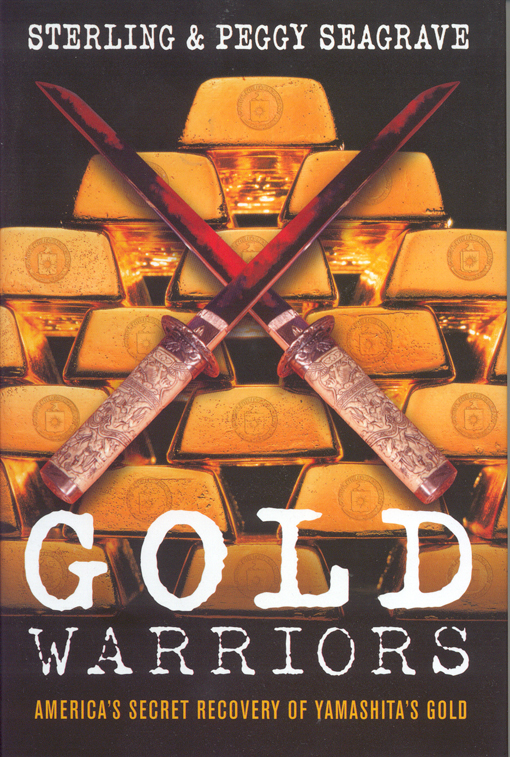 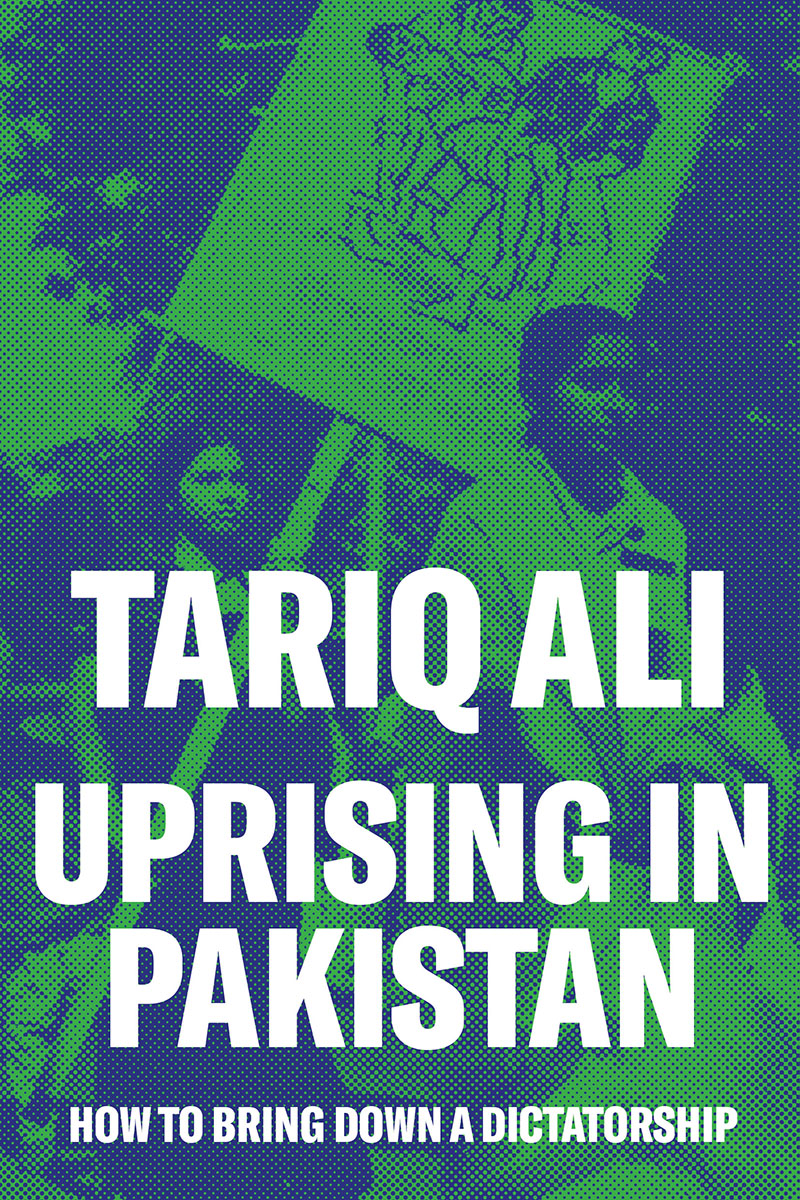 Uprising in Pakistan
by Tariq Ali 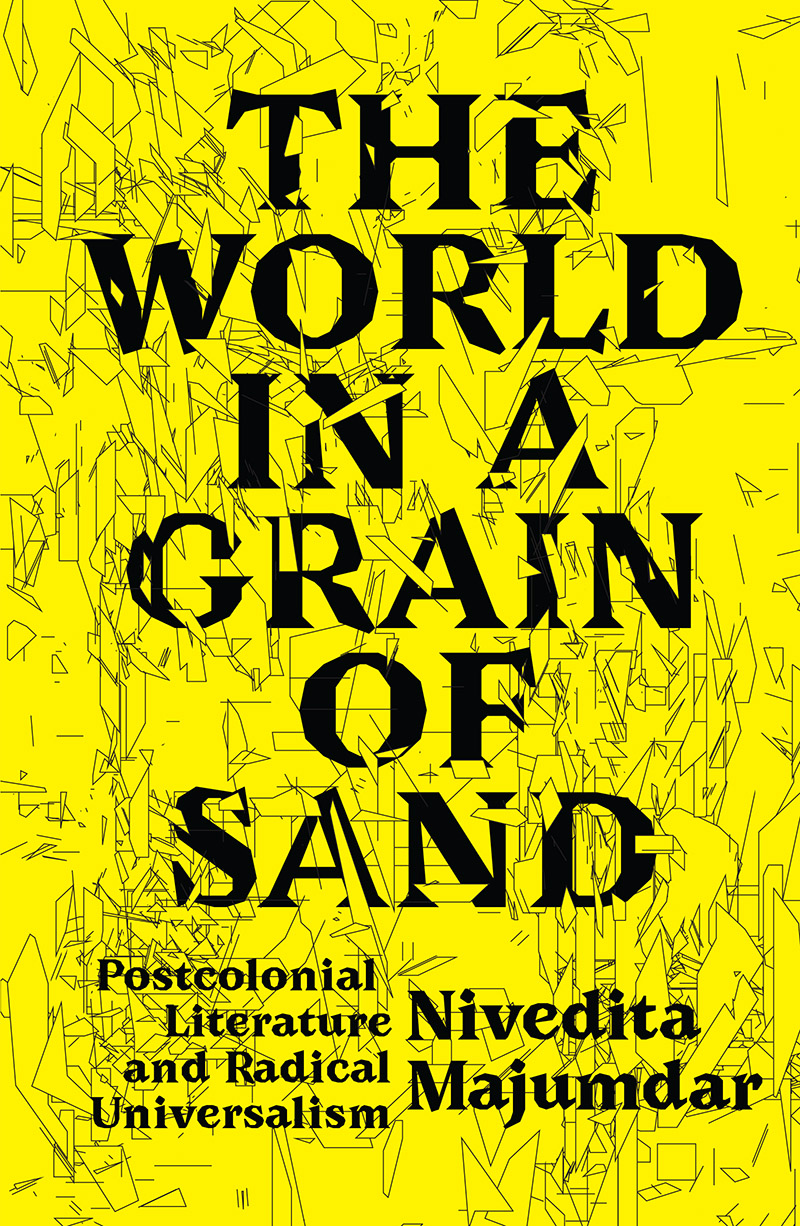 The World in a Grain of Sand
by Nivedita Majumdar