The Arab Uprisings Five Years On: A Reading List

Five years ago the Middle East and North Africa was electrified by unprecedented popular protests that heralded the start of the Arab Spring. Beginning in Tunisia popular movements swept regimes from power in Tunisia, Egypt, and Libya and threatened to overthrow ruling elites across the region. Tragically, the Arab Spring has since become mired in counterrevolution and civil war with the extraordinary violence of the war in Syria, the rise of ISIS, the escalating refugee crisis, and the establishment of a new dictatorship in Egypt emblematic of the profound challenges facing the people of the region. As tumultuous events continue to unfold we present Verso's reading list of key titles addressing the developing situation in the Middle East. 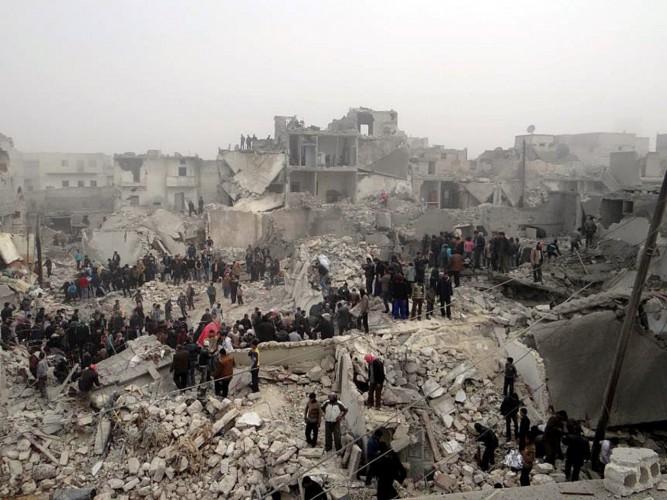 An extraordinary firsthand account of the Syrian conflict by the internationally acclaimed author of The Kindly Ones. In 2012, Jonathan Littell traveled to the historic Syrian city of Homs. Smuggled into the city by the Free Syrian Army, for three weeks he observed as civilian neighborhoods were bombed and innocent civilians slaughtered. His reportage speaks directly of the horrors that continue today in the ongoing civil war.

The Rise of Islamic State: ISIS and the New Sunni Revolution
by Patrick Cockburn

Syria Burning: A Short History of a Catastrophe
by Charles Glass
What are the origins of the Syrian crisis, and why did no one do anything to stop it? In his forthcoming book Glass combines reportage, analysis and history to provide an accessible overview of the origins and permutations defining the conflict, situating it clearly in the overall crisis of the region. His voice is elegant and concise, humane and richly-informed.

Muslims are Coming!: Islamophobia, Extremism, and the Domestic War on Terror
by Arun Kundnani

The new front in the War on Terror is the “homegrown enemy” - domestic terrorists who have become the focus of sprawling counterterrorism structures of policing and surveillance in the United States and across Europe. Kundnani’s blistering work denounces the dominant approach as built upon racist assumptions, fundamentally flawed, and ultimately counter-productive. With the figure of “the extremist” often conjured to fan fears of “the migrant”, The Muslims are Coming! is a reminder that the struggles of refugees and migrants do not always stop once they cross the border.

Separate and Dominate: Feminism and Racism after the War on Terror
by Christine Delphy

The Revenge of History: The Battle for the 21st Century
by Seumas Milne

In this coruscating account of the first decade of the twenty-first century, Seumas Milne presents a powerful indictment of the United States, a global and corporate empire in decline. Milne also examines the causes of the Arab Spring and the Great Recession, reveals the policy of humanitarian military intervention to be a failed land grab, explains the dynamo behind the roaring Chinese economy and discovers new models of society flourishing in Latin America. Brilliant, bold and always incisive, The Revenge of History is essential reading for anyone wanting to understand what has gone wrong.

The Journey to Tahrir: Revolution, Protest, and Social Change in Egypt
ed. by Jeannie Sowers and Chris Toensing

Why it’s STILL Kicking Off Everywhere: The New Global Revolutions
by Paul Mason

Paul Mason’s tempered account of global revolution, from Athens to Cairo. A blend of historical insight and first person reportage, Mason goes in search of the changes in society, of technology and ways of activism that led so many disenfranchised people onto the streets demanding change.

Žižek's take on tumultuous 2011, the year showed us glimpses of distorted—sometimes even perverted—fragments of a utopian future lying dormant in the present. The year of the Arab Spring, Žižek's writing epitomises his own unique take on uprising. His engaging observations into the future of the Arab world are original and unique.

Conflict in the Middle East is never far removed from conflicts and disputes over oil. As with the expolitation of the fuel itself, the politics of these oil-based democracies have proved unsustainable. This book not only theorises the future of fuel, but democracy itself.

For Another Europe: A Class Analysis of European Economic Integration
by Guglielmo Carchedi

The Rebirth of History: Times of Riots and Uprisings
by Alain Badiou

Following the Arab Spring, an analysis of how riots move from spontaneous uprisings to historical events with dramatic consequences. Also includes a fascinating discussion of the relationship of localized struggles to the wider discourse of democracy and representation.

A thoughtful analysis of the contemporary Arab identity by the journalist and historian Samir Kassir, who was assassinated by a car bomb in Beirut in 2005. Being Arab calls for a position which rejects both Western intervention in the Middle-East and Islamism.