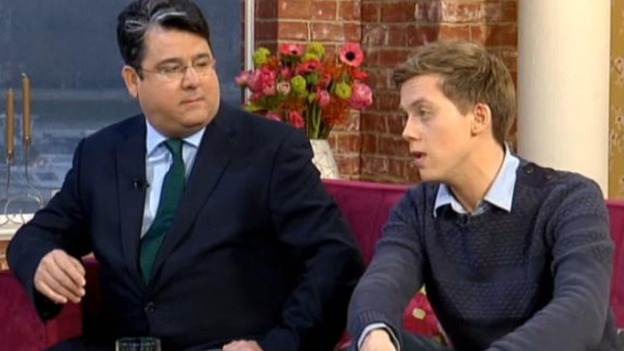 In the UK this month austerity has revealed itself to be in the mode of naked class war. Monday began with welfare reforms, the introduction of the notorious bedroom tax and reductions in the access to Legal Aid. These attacks will be followed in the coming weeks by the replacing of disability living allowance with a personal independence payment policed by Atos, the reduction in the 50p tax rate (providing tax cuts to the rich) and the introduction of the controversial Universal Credit scheme. Combined with other aspects of late capitalism (from food prices to housing shortages) the reality of life in austerity Britain is uglier than it has been for some time.

With textbook ideological manoeuvring these assaults have been accompanied by a rhetoric designed to divide the working classes between “workers and shirkers.” To the chorus of the right wing press, statements, such as this one by Liam Fox or this from Iain Duncan Smith, ultimately aim to crush the possibility of an organized resistance. Most revealing this week has been efforts by the right wing to frame the horrific Philpott manslaughter as a result of ‘benefit dependency.’ Almost beyond belief, this story’s beginnings in the Daily Mail and right wing blogs were reinforced yesterday with this statement from the grubbiest man on earth: Chancellor of the Exchequer George Osborne.

This recent radio show from our friends at Novara Media does much to dispel the myths around benefits (including for example the fact that the majority of spending on benefits in this country are to those in work). They call for an alternative in which neither benefits nor wage labour are the only two options.

At Verso we offer this list of books, shaped like bricks, that we feel may be useful for present the state we're in.

Chavs; The Demonization of the Working Class by Owen Jones. Owen has been making appearances in the media recently doing a lot of what he did so successfully in this book: illuminate the ideological attacks on the working class naturalised by their enemies. In his acclaimed investigation, Owen explores how the working class has gone from “salt of the earth” to “scum of the earth.”

Why It's Still Kicking Off Everywhere: The New Global Revolutionsby Paul Mason. WISKOE is the go to book on the most recent waves of global unrest. The book follows a line of revolt from Tahrir to Wall Street, from London to Quebec via Moscow and Athens. Paul Mason looks at the causes of this "era of revolution" and charts the rise of the "networked individual" he has witnessed at its core. A guidebook for revolt from an intelligent and front line BBC journalist, if ever one was possible.

NHS plc: The Privatisation of Our Health Care by Allyson M. Pollock. A call to arms and raging; this book, by one of the NHS’s most eloquent and passionate defenders, tells the story of how the ideal of universal, comprehensive health care, equally available to all is being progressively eroded, and how the clock is being turned back to pre-NHS days, when health care was a commodity, available only to those with money.

School Wars: The Battle for Britain's Education by Melissa Benn. In the same vein to NHS plc, School Wars tells the story of the struggle for Britain’s education system. Established during the 1960s and based on the progressive ideal of good schools for all, the comprehensive system has over the past decades come under sustained attack from successive governments.

The Enchanted Glass: Britain and Its Monarchy by Tom Nairn. In this acclaimed study of British statehood, identity and culture, Tom Nairn deftly dispels the conviction that the Royal Family is nothing more than an amusing relic of feudalism or a mere tourist attraction. Instead, he argues that the monarchy is both apex and essence of the British state, the symbol of a national backwardness.

Crisis in the Eurozone by Costas Lapavitsas and Meltdown: The End of the Age of Greed by Paul Mason. Two very different books on the economic context for austerity but one essential message: austerity is the inevitable crisis of capitalism and that, as the banner which once hung at Occupy London had read, capitalism is crisis.