40% off EVERYTHING!
about 1 month left
Owen Jones
comments 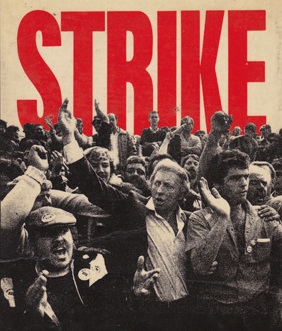 To understand Thatcherism’s attitude to working-class Britain, it is important to start by looking at Thatcher herself. Some of her warmest admirers have often been at pains to portray her—wrongly—as a person of humble origins. As the staunchly Thatcherite Tory MP David Davis told me: ‘Margaret was always a bit more middle class than she made out.’ It is almost a cliché to describe her as a grocer’s daughter, but it was this that coloured her entire political outlook.

Growing up in the Lincolnshire market town of Grantham, her father had instilled in her a deep commitment to what could be called lowermiddle- class values: individual self-enrichment and enterprise, and an instinctive hostility to collective action. Her biographer, Hugo Young, noted that she had little if any contact with working-class people, let alone the trade union movement.

Her attitudes were undoubtedly cemented when in 1951 she married a wealthy businessman, Denis Thatcher, who believed that trade unions should be banned altogether. She surrounded herself with men from privileged backgrounds. In her first Cabinet, 88 per cent of ministers were former public school students, 71 per cent were company directors and 14 per cent were large landowners. No wonder, then, that one of her Cabinet ministers told a journalist just before the 1979 election: ‘She is still basically a Finchley lady…She regards the working class as idle, deceitful, inferior and bloody-minded.’

If Thatcher had one aim, it was to stop us thinking in terms of class. ‘Class is a Communist concept,’ she would later write. ‘It groups people as bundles and sets them against one another.’ She wanted to erase the idea that people could better their lives by collective action, rather than by individual self-improvement: that is, ‘pulling yourself up by your bootstraps’. Just months after her election victory in 1979, she had intended to spell this out to the country in stark terms.

‘Morality is personal. There is no such thing as collective conscience, collective kindness, collective gentleness, collective freedom,’ she planned to argue. ‘To talk of social justice, social responsibility, a new world order, may be easy and make us feel good, but it does not absolve each of us from personal responsibility.’ It was clearly too much for her speechwriters and did not make the final cut. However, they were not able to stop her infamous declaration several years later (in lifestyle magazine Woman’s Own, of all places): ‘There’s no such thing as society. There are individual men and women and there are families.’ […]

There has been no greater assault on working-class Britain than Thatcher’s two-pronged attack on industry and trade unions. It was not just that the systematic trashing of the country’s manufacturing industries devastated communities—though it certainly did, leaving them ravaged by unemployment, poverty and all the crippling social problems that accompany them, for which they would later be blamed. Working-class identity itself was under fire.

The old industries were the beating hearts of the communities they sustained. Most local people had worked in similar jobs and had done so for generations. And of course the unions, whatever their faults and limitations, had given the workers in these communities strength, solidarity and a sense of power. All of this had sustained a feeling of belonging, of pride in a shared working-class experience.

For those who, like myself, grew up in a country without strong unions, it is easy to understate the significance of Thatcherism’s war on the organized working class. […] Its goal was to crush the unions forever. New laws allowed employers to sack strikers, reduced dismissal compensation, forbade workers to strike in support of others, repealed protections preventing courts seizing union funds, and made unions liable for huge financial penalties. Changing the law was not, however, enough: examples had to be made. As industrial relations expert Professor Gregor Gall puts it, the government inflicted ‘a series of defeats on unions in set-piece battles with the public sector, and encouraged private sector employers to take on the unions’. The first to face Thatcher’s iron fist were the steelworkers in 1980, who lost a thirteen-week strike battle and would pay the price with thousands of jobs. […]

Thatcher’s attacks on unions and industry dealt body blows to the old, industrial working class. Well-paid, secure, skilled jobs that people were proud of, which had been a linchpin of working-class identity, were eradicated. All the things people associated with working-class Britain were disappearing. But even after Thatcher won again in 1983, Britain’s working class was not quite dead as a political and social force. The decisive battle was still to come.

The miners had been the vanguard of the union movement in Britain throughout the twentieth century. Britain’s only general strike had been called in support of the miners in 1926. They had the capacity to single-handedly bring the country to a standstill by cutting off its energy supply, as they had demonstrated in the 1970s. If you could see off the miners, what other group of workers could stop you? That’s why the defeat of the Miners’ Strike was the turning point in the history of modern working-class Britain.

‘Mining communities were vibrant communities, but they were built around the pit. The pit was the heart of the community, it was the pit that bound everyone together,’ recalls one National Union of Mineworkers (NUM) leader, Chris Kitchen. ‘The code of honour that existed underground was part of the fabric of the community as well. You didn’t get young lads going off the rails at the weekend. You wouldn’t upset an old guy because he would be the same one you’d rely on in the pit to protect your life at work, so why would you upset him at the weekend over a few pints?’ When Thatcher’s government unveiled its pits closure programme in 1984, many of these tightly knit communities faced oblivion. Strikes spontaneously broke out in the Yorkshire coalfields and spread across the country. NUM leader Arthur Scargill declared these strikes a national strike and called all miners out, a decision ratified by a national Conference in April that year. Of the major pits, only the Nottinghamshire miners—who wrongly, as it turned out, thought their jobs were safe— refused to strike, a cause of great bitterness among the wider mining community. […]

The Miners’ Strike collapsed on 3 March 1985, after a titanic yearlong struggle. Brass bands and union banners accompanied the miners as they marched defiantly back to work. […]  Unlike in 1974, the government had made detailed preparations. It had stuck by the Ridley Plan, a Conservative Party document leaked in 1978 which was a blueprint for taking on the unions, and the miners in particular, including the stockpiling of coal. Other unions and the Labour leadership refused to back the miners, because they had not held a national ballot. ‘It divided the labour movement from the Labour leadership really, because the Labour leadership was giving virtually no support to the miners,’ says Tony Benn. Whatever the reasons adduced to avoid backing the miners, the fate of the labour movement was bound up with the Strike. The defeat was a crippling blow from which it never recovered. The miners had been the strongest unionized force in the country: if they could be routed, what hope for anyone else?

On the eve of the Thatcherite crusade, half of all workers were trade unionists. By 1995, the number had fallen to a third. The old industries associated with working-class identity were being destroyed. There no longer seemed anything to celebrate about being working class. But Thatcherism promised an alternative. Leave the working class behind, it said, and come join the property-owning middle classes instead. Those who failed to do so would have no place in the new Britain.

An edited extract from Chavs: The Demonizaton of the Working Class by Owen Jones