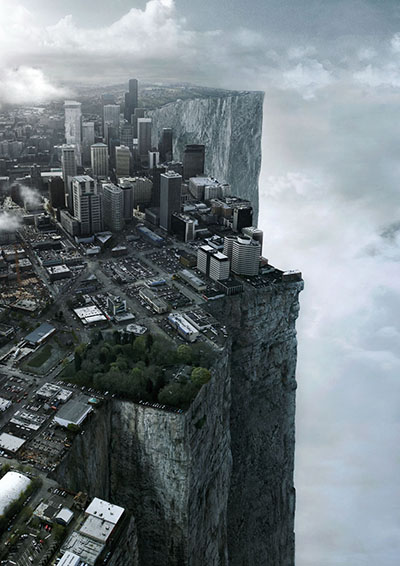 With the "Thirteen Commandments of Neoliberalism," The Utopian excerpts Phil Mirowski's Never Let a Serious Crisis Go to Waste: How Neoliberalism Survived the Financial Meltdown, his new history of late capitalism's shadow ideology. Among them is Commandent 12: Thou Shalt Redefine Crime:

The neoliberal program ends up vastly expanding incarceration and the carceral sphere in the name of getting the government off our backs. Although this might seem specious from the perspective of a libertarian, it is central to understanding the fact that neoliberal policies lead to unchecked expansion of the penal sector, as has happened in the United States. As Bernard Harcourt has explained in detail, however much Commandment 11 might seem to suggest that crime be treated as just another market process, neoliberalism has moved from the treatment of crime as exogenously defined within a society by its historical evolution, to a definition of crime as inefficient attempts to circumvent the market. The implication is that intensified state power in the police sphere (and a huge expansion of prisoners incarcerated) is fully complementary with the neoliberal conception of freedom. In the opinion of the neoliberal Richard Posner, “The function of criminal sanction in a capitalist market economy, then, is to prevent individuals from bypassing the efficient market.”

This precept has some bearing on the unwillingness to pursue criminal prosecution against many of the major players in the global crisis. In this neoliberal perspective, there is also a natural stratification in what classes of law are applicable to different scofflaws: “the criminal law is designed primarily for the non-affluent; the affluent are kept in line, for the most part, by tort law.” In other words, economic competition imposes natural order on the rich, because they have so much to lose. The poor need to be kept in line by a strong state, because they have so little to lose. Hence, the spectacle of (as yet) no major financial figure outside of Bernie Madoff and Raj Rajnarathan going to jail because of the crisis, while thousands of families behind on their mortgages are turfed out into the street by the constabulary, is a direct consequence of this neoliberal precept.

Never Let a Serious Crisis Go to Waste will be published by Verso on June 25. Visit The Utopian to read the excerpt in full.