40% off EVERYTHING in our end of year sale!
about 1 month left
Christina Chalmers
comments

‘Knowledge kills action; action requires the veils of illusion – that is the Hamlet Doctrine.’ Friedrich Nietzsche’s interpretation of Hamlet forms a core around which the philosopher Simon Critchley and the psychoanalyst Jamieson Webster construct their by turns bold and subtle analyses of Hamlet. Critchley and Webster write in The Hamlet Doctrine that Hamlet ‘turns on the corrosive dialectic of knowledge and action, where the former disables the latter and insight into the truth induces a disgust with existence’. 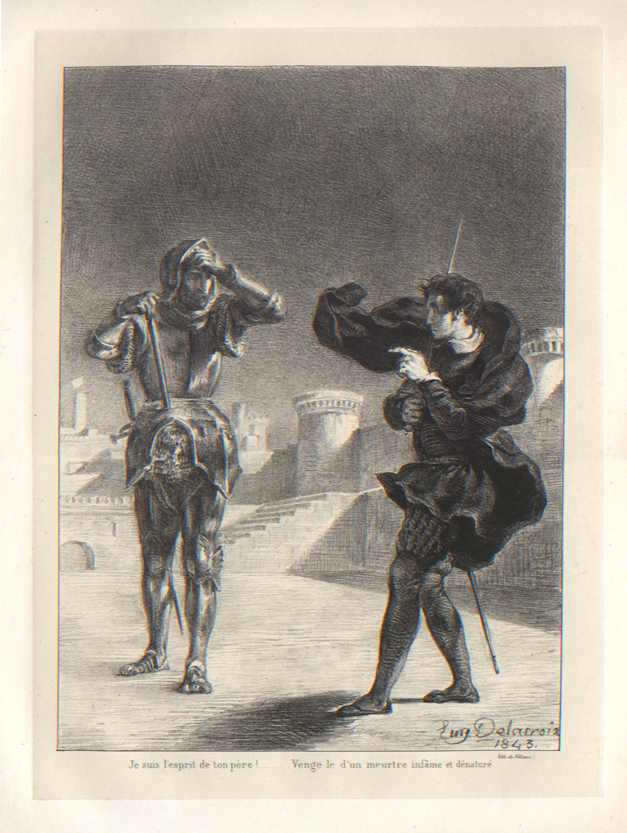 Refracting Hamlet through the lens of its different modern interpretations, Critchley and Webster also suggest that modern philosophies and theories should take influence from Hamlet itself, as a formative text for these theories. They explore these several ‘doctrines’ as well as offering, as Judith Butler notes, a ‘dynamic set of forays’ into a new kind of thinking. Critchley and Webster open themselves to the criticism that the book is not a standard – or standardly respectable – work of Shakespeare criticism, but they also seek to explore the possibilities of taking a ‘rash’ approach to understanding a play like Hamlet.

In the London Review of Books, Adam Phillips reviews The Hamlet Doctrine. He notes these aspects about the book, giving a sense of some of the figures that the pair will discuss:

They take their cue for this rashness from a wonderful passage in Virginia Woolf’s essay ‘On Being Ill’, which begins: ‘Rashness is one of the properties of illness – outlaws that we are – and it is rashness that we need in reading Shakespeare.’ Critchley and Webster don’t want to write just another book about Hamlet, and they are willing to be rashly provocative.

They are, as they say at the outset, perhaps with some bravado, ‘outsiders to the world of Shakespeare criticism’, and so they have allied themselves with what they call ‘a series of outsider interpretations of Hamlet, notably those of Carl Schmitt, Walter Benjamin, Hegel, Freud, Lacan and Nietzsche.’’

Through these figures, they point out the lacunae in Shakespeare criticism. They militate against the kind of reading predominating in this field, which is often based on ‘yearning for reconciliation between the individual and the cosmic order’.

Critchley and Webster, as Phillips notes, gravitate towards a psychoanalytic, Lacanian reading of Hamlet which theorises the gaps, the nothingness lying between, rather than reconciliation of these two orders.  They also attempt to show what psychoanalysis can learn from reading Hamlet afresh. Phillips writes that they discuss shame in this psychoanalytic vein:

Shame […] is something the book is unusually interesting about (‘At its deepest,’ they write, ‘this is a play about shame, the nothing that is the experience of shame’).

In writing about this ‘nothing’, the nothingness in Hamlet, they also propose an alternative model for reacting to reality:

Critchley and Webster have one other ‘modest proposal’, which Hamlet has helped them articulate: that ‘the heart of any artistic response to the present should perhaps be the cultivation of the monstrous and its concomitant affect – disgust.’ This disgust, they believe ‘might not simply repulse or repel us. It might also wake us up.’ They want what they call a kind of ‘anti-art’, as ‘violence against the violence of reality’.

Connected to these demands for art and for opposition to ‘the violence of reality’, the two writers have also recently compiled a list of 10 exemplary pieces of literature about ‘Nothing’, published today on the London Review Bookshop website. They write: ‘Our book then is also a book about nothing’. The books assembled in their list include a variety of works, from literary masterpieces such as Ill Seen, Ill Said by Samuel Beckett and Paul Celan’s poems, to rarer works such as The Recognitions by William Gaddis.

The book is a series of 48 short variations in which the play is held in conversation with a series of "privileged interlocutors" and their "outsider interpretations", namely Carl Schmitt, Walter Benjamin, Jacques Lacan, Hegel, Freud, Nietzsche and James Joyce. The result is a hugely enjoyable, aphoristic, punky, intellectually dazzling bomb of a book: a serious provocation to both the biscuit-box Shakespeare industry and, more widely, to contemporary literary culture.