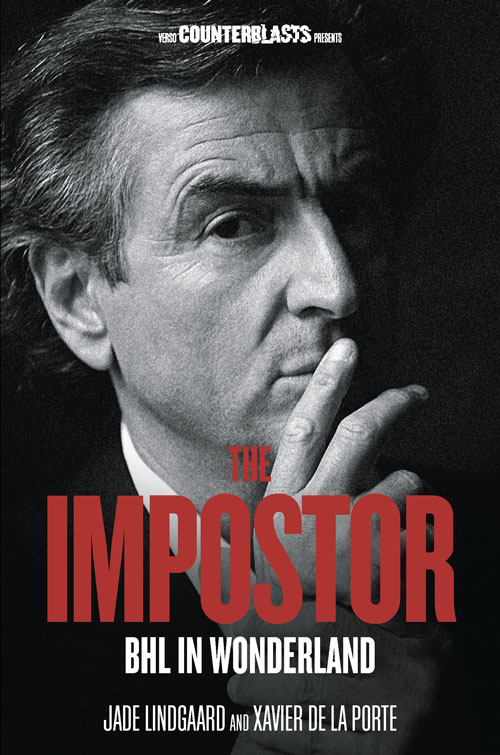 In Counterpunch, Ramzy Baroud writes in response to the right-wing newspaper The Jerusalem Post proclaiming the controversial intellectual and ‘sham philosopher’ Bernard Henry Levy the 45th “most influential Jew” in the world.  Baroud, needless to say, does not have kind words to say about Lévy.

To claim that at best Levy is an intellectual fraud is to miss a clear logic that seems to unite much of the man’s activities, work and writings. He seems to be obsessed with ‘liberating’ Muslims from Bosnia to Pakistan, to Libya and elsewhere. However, it is not the kind that one could qualify as a healthy obsession, stemming from for instance, overt love and fascination of their religion, culture and myriad ways of life. It is unhealthy obsession. Throughout his oddly defined career, he has done so much harm, as he at times served the role of lackey for those in power, and at others, seemed to lead his own crusades. He is a big fan of military intervention, and his profile is dotted with references to Muslim countries and military intervention from Afghanistan to Sudan .. and finally to Libya.

Baroud implies that Lévy’s stance on violence and intervention in Libya are contemptible; he ‘appeared to be the West’s most visible war-on-Libya advocate’. Lévy uses his ‘dubious philosophy’ to promote these views.

His mission in Libya, which is now in a much worse state it has ever reached during the reign of Qaddafi, has been accomplished. ‘The evil dictator’ has been defeated, and that’s that. Never mind that the country is now divided between tribes and militias, and that the ‘post-democracy’ Prime Minister Ali Zeidan was recently kidnapped by one unruly militia to be freed by another.

The evident problems surrounding such views have become more and more manifest with the increasing violence in Libya over the last weeks, perpetrated by the very groups that Lévy had supported as peace-makers in that country – the Misrata militants and the National Transitional Council (NTC). Lévy later excused his own ‘unclear intuitions’ about these groups, but Baroud is not convinced:

Far from unclear intuitions, Levy’s agenda is that of the calculated politician-ideologue, more like a French version of the US’s neoconservatives who packaged their country’s devastating war on Iraq with all sorts of moral, philosophical and other fraudulent reasoning. For them, it was first and foremost a war for Israel’s ‘security’, with supposed other practical perks, little of which has actualized. Levy’s legacy is indeed loaded with unmistakable references to that same agenda.

Baroud explains how ‘the man’s philosophical exploits seem to exclusively target Muslims and their cultures.’

Philosophy for Levy seems to be perfectly tailored to fit a political agenda promoting military interventions. His advocacy helped destroy Libya, but still didn’t stop him from writing a book on Libya’s ‘spring.’ He spoke of the veil as an invitation for rape, while saying nothing of the numerous cases of rape reported in Libya after the NATO war. In May 2011, he was one of few people who defended IMF chief Dominique Strauss-Kahn, when the latter was accused of raping a chambermaid in New York City. It was a ‘conspiracy’ he said, in which the maid was taking part.

Baroud goes on to argue that Lévy thus has no ‘moral consistency’; he in fact possesses instead ‘moral blindness’ and a ‘misguided philosophy’. Lévy’s main motivator is, instead of ‘morals’, is an ‘unending quest for war’.

This article contributes to other polemics against Lévy, such as Verso’s own polemical account of his work, The Impostor, in which Jade Lindgaard and Xavier de la Porte describe Lévy as a mere ‘pseudo-philosopher’ and destroy many of his most influential arguments.

Richard Seymour’s The Liberal Defence of Murder provides further analyses of Lévy’s arguments within the context of other ideologically motivated defenses of “humanitarian intervention” – or, rather, justifications for empire.