Claudio Pavone's history of the Italian resistance – A Civil War – received a rave review in the Financial Times over the weekend. A 'study of moral reasoning in those highly charged 18 months between Mussolini's overthrow and the end of the war', the book explores the lives of Italians who loathed both the German backed Mussolini and the British backed King Victor Emmanuel III, and took it upon themselves to forge a new Italy:

On publication in Italian in 1991, it was immediately recognised as one of those rare works of history that speaks to the present in new and urgent tones. For such an important work, it has taken a surprisingly long time to appear in English but we must be glad it has, for it has lost none of its pertinence; indeed, the current crisis in the eurozone has given its underlying message about the fragility of the democratic achievement a new importance. 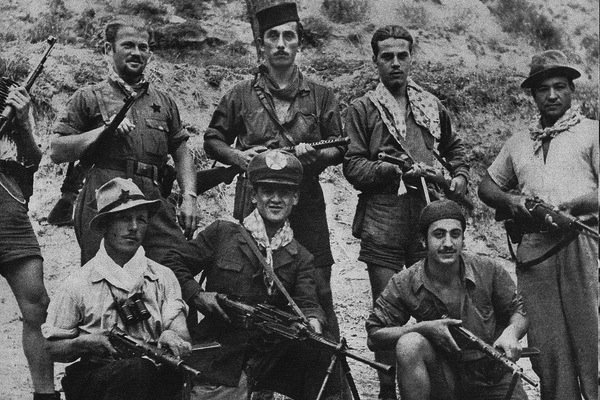 Mark Mazower, Professor of History at Columbia University, applauds Claudio Pavone for getting to the existential heart of what it is to be a resistance fighter:

In Italy, they were known as the partisans, though the Germans called them bandits. To the military mind, the partisan represents a kind of pathology, a deviation into irregularity and a force of disorder and unlawful violence. But he (or she) can also be seen as the proud embodiment of self-assertion in the midst of social and institutional collapse. From this angle, the partisan incarnates crisis in the original sense as it was known to the ancient Greeks, which is to say, that all-important moment of personal decision in which the free man is distinguished from the slave.

Such resistance fighters 'discuss history and their country's future, but they mistrust those who talk politics and try to get them to toe the party line'. However it is from their brave endeavours that the Italian postwar state was born: 'The postwar Italian republic was founded on the values of the anti-fascist resistance: its 1947 constitution outlawed fascism, and its main parties had emerged out of the resistance struggle'. As a result the historical view that there was a civil war remains contentious, and Mazower praises Pavone for addressing such an atagonistic issue:

The idea that fascism itself might have been a mass phenomenon was taboo; antifascism constituted what one scholar terms an official morality. Only the extreme right said that a "civil war" had taken place in Italy between 1943 and 1945: to everyone else, that sounded too much like putting Good (the resistance) and Evil (Mussolini's last-hour Fascists) on the same plane. It thus came as a shock to Italian public opinion that an eminent historian, himself a former resister, could use this very phrase.... Civil war there was, however: as this book amply demonstrates.

Mazower goes on to exalt Pavone's perspective on the conflict, dividing historical scholarship between those who 'have never known what it is to be occupied, and never lived through the complete breakdown of institutions and authority' and those- like Pavone- who have lived the very experiences being described, those who understand that defeat and occupation creates 'an existential crisis of national sovereignty' that in Italy revealed 'the deep fractures that lay beneath the surface of unity... simultaneously murderous and pregnant with future political possibility'. Mazower concludes:

The memory of internecine struggle was what drove the consolidation of democracy in Italy after 1945 as well as the dream of closer union between states across the European continent. Guiding us through this dimension of the conflict, Pavone's great work is among the few indisputable masterpieces of contemporary history. But more than this, it is a unique meditation on the passions and tensions that continue to swirl beneath the surface of modern politics.

A Civil War is now available to buy.

Mark Mazower's full review can be read on the Financial Times website.