Alain Badiou on the Arab Spring 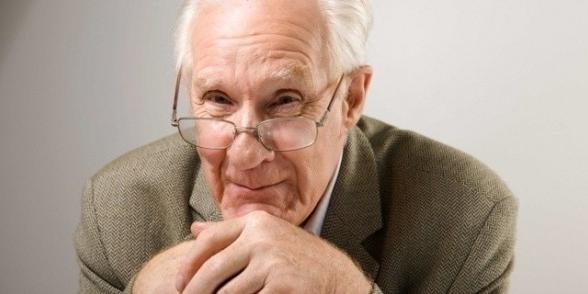 Alain Badiou spoke about the meaning of the Arab Spring at the Institut du monde arabe in Paris last week. This is a translation by David Broder of an article from L'Humanité describing the event.

Alain Badiou: From ‘Spring’ to Revolutions

Invited to speak by the Institut du monde arabe, the philosopher Alain Badiou developed a lively and accessible exposition of his reasoning on the ‘promise’ of the ‘uprisings’ in the Arab world, which have (still?) not turned into revolutions.

How ought we interpret the events that have played out in many Arab countries over the last couple of years? Popular uprisings, the overthrow of autocratic régimes, unsteady electoral processes, the return of Islamism to the political arena, and unexpected coups d’état,  have posed the whole world questions as to the meaning of these movements and their likely outcome. Can we term them ‘revolutions’? Do they open the way to a new politics, or, on the contrary, are they a vehicle for old schemas?

Packed to the rafters

It was no surprise that there was a packed-out room for the philosopher Alain Badiou in Paris on 21 November. The Institut du monde arabe had invited Badiou to address one of their weekly Thursday meetings, with the scope of analysing what meaning we should ascribe to the revolts in Arab countries. ‘Are we bearing witness to a political event of universal significance, which has come about in a particular place – the Arab world?’, he asked in his introduction, before going on to develop a lively and accessible exposition of his reasoning on the ‘promise’ of the ‘uprisings’ in the Arab world, which have (still?) not turned into revolutions. This is a thesis which he began to explore from the beginning of the Arab Spring in 2011, in his book The Rebirth of History.

According to Alain Badiou, it is indispensible – in order to understand and analyse the uprisings in the Arab countries – to distinguish between a ‘historic event’ which breaks with the established situation and promises a new beginning, and, on the other hand, a ‘political creation’ different from previously known models, whether that means Western capitalist ‘democracy’, nationalism or twentieth-century state socialism. Such a ‘new political truth’, an encounter between communism and modernity, would be a real revolution.

‘We must address the question of the relationship between historic event and political creation. The event creates a new political opportunity only if its creative form is not simply a negative tactical slogan’, the philosopher explained. We all remember the hundreds of thousands of people shouting ‘Mubarak, resign!’ in Egypt, or ‘Ben Ali, resign !’ in Tunisia. While the popular movement found its point of unity in its negation of the state, the creation of a new politics demands that all the different components of the movement regroup around an affirmation of their own principles, Badiou insisted. It is for lack of this that ‘so far, the uprisings in the Arab world have failed to open up the possibility of a new radical politics, and for now have left victory in the hands of the old schemas’, the philosopher concluded, before sharing the final lines of a poem by the Palestinian Mahmoud Darwish with the visionary title ‘Promises of the Storm’:

Visit L'Humanité to read the French article in full.