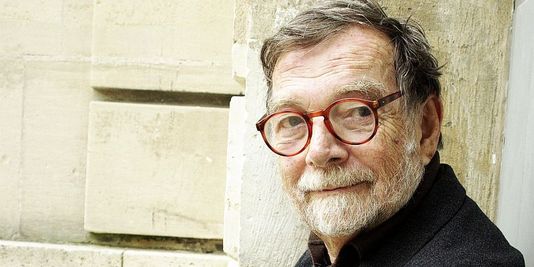 We were deeply saddened to hear that André Schiffrin had died. He was not only the preeminent radical American publisher of his generation—perhaps of all generations—he was also a Verso author, the writer of the two most trenchant books on contemporary publishing, The Business of Books (2001) and Words and Money (2010).

The notices that have come out since André’s death, most notably the obituary in The New York Times, have acknowledged his cultural influence without quite capturing its significance. Yes, he was the editor who published the writing of “Jean-Paul Sartre, Günter Grass, Studs Terkel, Michel Foucault, Simone de Beauvoir, Noam Chomsky, Julio Cortázar, Marguerite Duras, Roy Medvedev, Gunnar Myrdal, George Kennan, Anita Brookner, R. D. Laing”, in the Times’s list, and “Eric Hobsbawm, E.P. Thompson, Michael Frayn, and Jonathan Miller,” in the Guardian emendation (plus Edward Said and Barbara Ehrenreich, as D.D. Guttenplan helpfully added in The Nation). More to the point, André championed many of the luminaries now linked to his name before their stars ascended, as his intellectual agenda was, using one of his favorite words, countercyclical.

Joining Pantheon Books as a junior editor in 1962, with the U.S. in full Cold War salute and in a publishing era marked by The End of Ideology, André immediately urged his bosses to take on I.F. Stone (they demurred). When he published Foucault’s first book in English, Madness and Civilization, reviews were tepid or nonexistent. No matter: André kept publishing Foucault into years of disinterest. He reproached himself years later for “waiting too long” to publish Chomsky and other critics of the Vietnam War (just as he railed against publishing’s slow-motion response to the Afghanistan and Iraq Wars). The point isn’t (only) that he was brilliant, prescient, and courageous, it’s that he had a socialist understanding that the basic structure of capitalist society had to be changed, that the American imperium had created a wall of sound which drowned out all that lay beyond it, that, as he put it in his memoir, “You cannot discover the real simply by knowing the unreal.” He saw his program—another of his favorite words—as trying to get people to see beyond the wall.

With their lists of intellectual mandarins, the articles of the past couple of days also miss something essential about André—his pop side. He not only published Art Spiegelman’s Maus but Matt Groening’s Life is Hell. He published Rius’s Marx for Beginners, then launched that comics-driven series. He not only talked Terkel into writing a book based on his conversations but helped popularize oral history as a genre, as well as many other varieties of voices from below. He published book-and-tape sets, poster books, playing cards. In the early ‘60s, he took on a high school textbook that told Mississippi history from an anti-Klan perspective, knowing full well the state would block its distribution (it took an NAACP federal suit to undo the state’s refusal to allow public purchases). Later, he published a series of anti-textbooks challenging the post-‘60s liberal consensus.

Most of all, the mainstream media obituaries, unsurprisingly led by the Times, are flummoxed by the meaning of his ouster from Pantheon after 28 years. As Melville House’s Dennis Johnson ruefully notes, André would have hated his Times obit, and not only because it cluelessly regurgitates the corporate line about the “losses” Pantheon suffered under André’s leadership, which he dissects in the first of his books we published, The Business of Books. For years, one of André’s reliable classroom attention-getters (and sometime party-trick) was to open up the Times, pick a page at random, and reveal what an article had suppressed—invariably, the true context that a deft Times story conceals beneath its placid surface. In the case of the Times account of the Pantheon showdown, what was at issue was not a “titanic battle” between a corporate vulgarian obsessed with the bottom line versus a culture hero. The Pantheon story was a pointed illustration of the effects of the corporate conglomeration of the media (and not just in books).

Pantheon was just one, notorious, product of a corporate consolidation that in a handful of years has left 80% of all book sales in the hands of five major conglomerates (soon to be four, with the Random-Penguin merger). André anatomized this development and how it has contributed to the ongoing collapse of serious media in The Business of Books. And though he was certainly a master of doom, reliably mordant about the state of American politics (the Times even calls him “gloomy”), his followup, Words and Money is a book filled with alternatives, from Norwegian schemes to subsidize literature and translation, French support for booksellers, Asian success in newspapers (74 of the world’s top 100 dailies are published in Asia). It disappointed André that his discussion of the disease got much more attention than his talk of cures. But it didn’t surprise him.