With the passing of André Schiffrin, the publishing world has lost a giant and Verso a much-respected author, whose razor-sharp analysis of the publishing industry has been vindicated many times over.

Culturally, intellectually and physically he inhabited two worlds: Paris/New York.  The single most important influence on his life was his father Jacques Schiffrin, a refugee from St Petersburg who arrived in France in 1920 and by 1923, had established a publishing house, La Pléiade, a permanent bequest to French culture. The publishing house started by translating the Russian classics, translated into French by Schiffrin and established a strong reputation as a house of quality, that later became an imprint within Gallimard but with Jacques in complete editorial control. André was born in 1935. 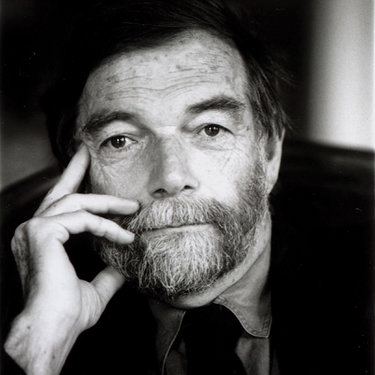 After the German occupation, French publishers were asked to sack all the Jews. Gaston Gallimard fired Jacques Schiffrin within two minutes of receiving the circular. A promise was made that he would continue to receive royalties from La Pléiade, but he never did. After the way Gaston informed him that the books hadn’t sold during the occupation. This was an outrageous falsehood as was discovered later when the accounts indicated the exact opposite. Antoine Gallimard (current boss and bon vivant) could have remedied the situation with a simple signature on a cheque. He refused to do so and André, who should have gone public and exposed the fraud and thin veneer of France’s ‘civilized’ folk, did not do so. He was wrong but the motivation was honorable. He did not wish to be regarded as a money-grabber. France’s collaborators got away with a great deal.

The Schiffrins moved to New York where Jacques and other exiles from the Third Reich set up Pantheon books in 1942. It brought the old breezes of pre-fascist Europe to a humid New York. The venture was a huge cultural success, something underrated by the obituarist in the New York Times. The story is recounted in detail by his son in The Business of Books: How International Conglomerates Took Over Publishing and Changed the Way we Read. This was his response to the destruction of Pantheon by the corporates.

It is now common to refer to people like Schiffrin as ‘old-fashioned’ editors and publishers. What the appellation really means is those who read a book before they decide to publish, those who value the role of good books in any culture, those who refuse to treat a book exclusively as a commodity to be judged only by sales figures, those who can still recognize and publish a good book with the full knowledge that it will cover its costs over the next five years rather than weeks. They have the intellectual confidence to decide that it will be a backlist seller for many years to come. Corporate publishing, as Schiffrin used to say, wants to destroy all this forever. In his last years he waged a ferocious literary war against this mentality.  Women and men like him still exist, confined to small, but fiercely independent publishing houses in different parts of the world and it is they who published Schiffrin in London, New York, Paris, Brazil, South Korea, etc. Verso was amongst them and proud of the fact. For us, the best way to mourn André is to follow his example. We offer our condolences to his family.