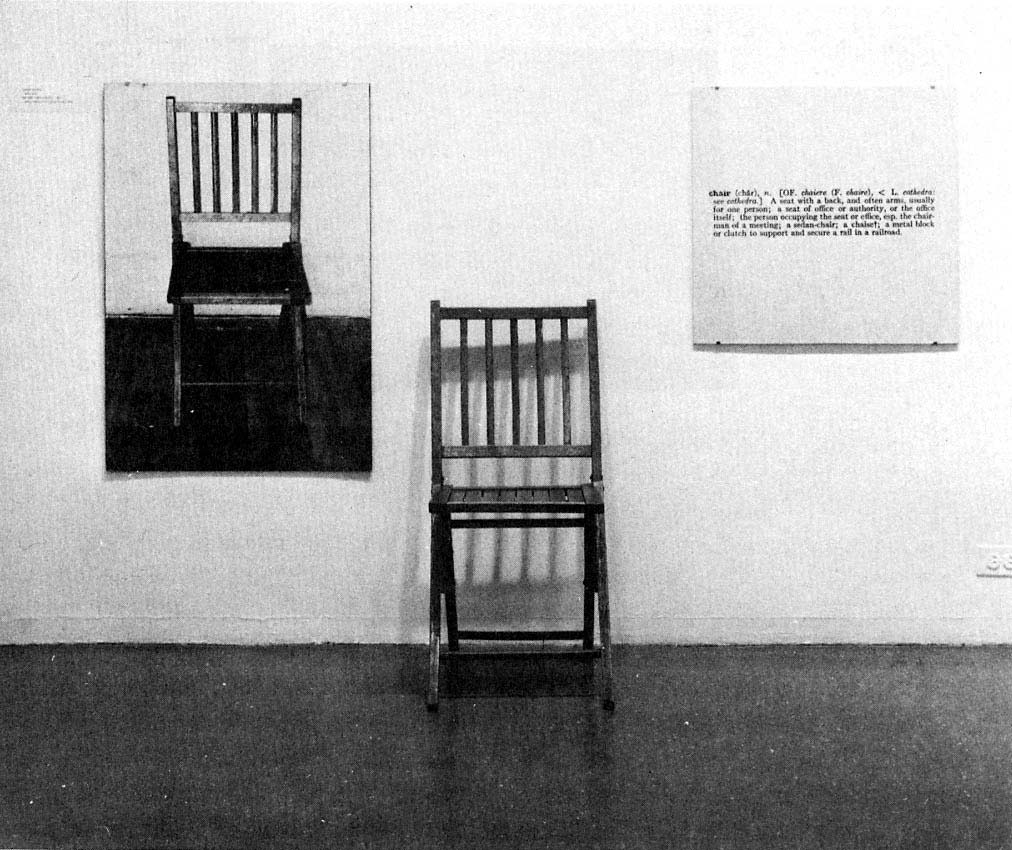 Conceptual Art: 'One and Three Chairs' (1965) by Joseph Kosuth

John Rapko wrote a thorough analysis of Peter Osborne’s Anywhere or Not At All: Philosophy of Contemporary Art in Notre Dame Philosophical Reviews. He deemed the book a crucial addition to current discussions of contemporary art:

This is the first book in English known to me that brings contemporary art as a whole to philosophical consideration, and thereby broadens the characteristic concern of the philosophy of art away from the puzzles associated with conceptual art. Osborne is the first philosopher known to me to have noticed and brought to rich articulation the problem of evaluating distinctively contemporary art, given the 'crisis of mediations' and the sense of any and all categorizations as non-binding. A great deal might well be done, but Osborne's efforts should provide one of the orienting points for future work.

In his review, Rapko analyzes Anywhere or Not At All, streamlining Osborne’s argument on contemporary art, particularly his analysis of contemporaneity. Osborne, following Adorno’s use of Weber’s ideal-types to study cultural phenomena, analyzes contemporary art through a few of its most revealing elements, most notably Robert Smithson. He analyzes the new condition of art as “post-conceptual”, defined alongside the short-lived Conceptual art movement (Sol LeWitt, Joseph Kosuth) that displaced aesthetics away from art. As John Rapko summarizes, if conceptual art was, beyond being simply non-aesthetic, also anti-aesthetic, contemporary art in turn rehabilitates aesthetics while preserving conceptuality:

Though conceptual art ended in a kind of self-trivialisation wherein the subject of work is simply the assertion that the work is indeed an artwork, contemporary artworks maintain as part of their ontology the condition that a non-aesthetic idea is part of a (serious and non-conformist) work. Aesthetics returns, but no longer as exhaustive of the center of artistic interest. As Osborne puts it, conceptuality is a necessary but insufficient condition for something being a work of contemporary art. The sufficient conditions are supplied by the use of various materials, put to artistic uses within the characteristic conditions of contemporary art.

Osborne’s book calls for a new and critical look on contemporary visual art, conventionally perceived as a mere evolution of the traditional artistic forms of painting, drawing, and sculpting onto new media: rather, as Rapko writes,

Contemporary art, then, considered as a non-conformist, critical activity, is a post-conceptual art of series and ephemeral categorizations ('mediations').

If Osborne urges a critical philosophy of contemporary art, Anywhere or Not At All serves at its first stepping-stone.