The Alliance of Radical Booksellers has named Joe Glenton's book Soldier Box: Why I Won’t Return to the War on Terror the winner of this year’s Bread and Roses Award for Radical Publishing. 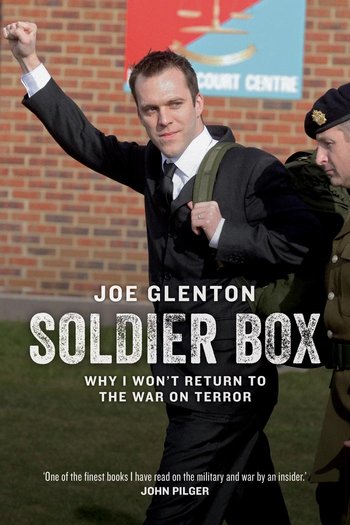 Joe Glenton’s books is a personal account of his experience of falling into the army, passing through basic training, and subsequently being deployed to Afghanistan in 2006. What he saw overseas left him disillusioned, and he returned manifesting symptoms of post-traumatic stress disorder. Refusing a second tour, he went AWOL and left the country, but returned voluntarily to fight his case, with the military accusing him of desertion. Despite being threatened with years in prison, he continued to speak out and won the support of many of his fellow soldiers.

Guest judge Nina Power said of the book “Joe Glenton’s gripping story of his political self-transformation, of everyday life in the army and of his trial is moving, honest and deeply passionate. His insights about the secretive hierarchies of army life and the pointless and brutal nature of the war in Afghanistan will confirm what many already suspect but should hear told in Glenton’s unique voice. This book is about a slow transformation, both personal and political: we hope that readers will see their own political journeys reflected in the bravery of Glenton’s stand against authority.”

The announcement was made by guest judges Jess McCabe, Seumas Milne and Nina Power in front of a packed audience at the London Radical Bookfair, which was held at Bishopsgate Institute in London. The prize was accepted on Joe’s behalf by Ben Griffin of Veterans for Peace, an organisation of which Joe is a member. Veterans for Peace is composed of veterans and non-veterans, working to promote alternatives to war.

You can buy Soldier Box at 40% discount on our website.

“One of the finest books I have read on the military and war by an insider.” – John Pilger

“It takes as much courage to stand up against the army as it does to go to war. History is made by people prepared to make that kind of sacrifice.” – Tony Benn, former British Member of Parliament

“Joe Glenton is the really brave soldier: the one who refused to fight in an unjust war and suffered imprisonment as a result. Above the sound of gunfire it is his story that deserves to be heard.” – John Rees, co-founder of the Stop the War Coalition