In this new blog series we bring you recommended reading lists as selected by our authors. Here Ken Silverstein picks the 5 books of reporting and storytelling that have influenced his investigative journalism, including the brand new Secret World of Oil. 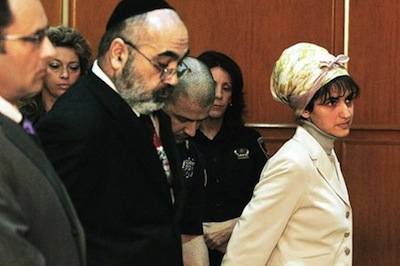 There's a scene in Manhattan where Isaac, Woody Allen's character, addresses the question of what makes life worth living? He offers no grand philosophical answers, just little things that make him happy: Groucho Marx, Willie Mays, Louis Armstrong's recording of Potato Head Blues, "those incredible apples and pears by Cezanne," Marlon Brando. For me, Janet Malcolm is one of the things that makes life worth living.

I love just about everything she writes and this is the book I love most. Here she recounts the trial of Mazoltuv Borukhova, who was convicted of hiring a hit man to kill her husband, Daniel Malakov. His murder, at a playground in Queens, occurred as the two were engaged in a nasty custody battle over their 4-year-old daughter, Michelle. Borukhova is almost surely guilty. The evidence against her includes nearly 100 phone calls between her and the hit man in the run up to the murder but if you're not exactly rooting for her you'll certainly empathize. "She couldn't have done it, and she must have done it," Malcolm writes.

The villain of the story isn't Borukhova's husband, but Michelle's court-appointed guardian, David Schnall. (A close second is Judge Robert Hanophy, who furiously pushed to conclude the trial, in a manner hugely prejudicial to the defense, so it wouldn't interfere with his Caribbean vacation.) Though he never spoke to Michelle, Schnall "seemed to fear and hate Borukhova from the start of his guardianship," Malcolm writes. Schnall recommended that custody be transferred from her to her estranged husband, even though he hadn't sought it and Borukhova desperately wanted her daughter to stay with her (and Michelle wanted that too). "And so," Malcolm writes, "the curtain rose on the tragedy of Daniel Malakov, Michelle Malakov, and Mazoltuv Borukhova."

The subtext of the book, as often is the case with Malcolm's work, is that perception is everything and definitive truths are hard to divine. "We go through life mishearing and mis-seeing and misunderstanding so that the stories we tell ourselves will add up," she writes.

155 pages and every one of them is perfect.

2. The Journalist and the Murderer by Janet Malcolm (Knopf, 1990)

The first sentence is one of the best-known lines of any modern work of non-fiction. "Every journalist who is not too stupid or full of himself to notice what is going on knows that what he does is morally indefensible." The second sentence is just as good. "He is a kind of confidence man, preying on people's vanity, ignorance, or loneliness, gaining their trust and betraying them without remorse."

Once again Malcolm makes you root for the murderer, in this case Jeffrey MacDonald, a Green Beret convicted of killing his wife and two young children in 1970. The journalist, of course, is Joe McGinniss, who for years strung along McDonald by telling him he believed in his innocence and then wrote a book, Fatal Vision, which portrayed him as a cold-blooded sociopath. MacDonald sued McGinniss (who died earlier this year) for fraud and breach of contract, which is the focus of the book. There was a hung jury — only one juror sided with McGinniss — and the writer settled out of court to avoid a retrial.

The case is still the subject of controversy. MacDonald continues to maintain his innocence; his latest appeal was rejected last year. Malcolm believes he was guilty and that's apparent, no matter what Errol Morris says. MacDonald's account to police – that his family was killed by hippie intruders chanting "Acid is Groovy" – is one of the worst alibis of all time. And while his family was butchered MacDonald, who admits he was in the house at the time, somehow received only superficial stab wounds. (His pregnant wife was stabbed repeatedly with a paring knife and an ice pick, and both her arms were broken.) He either was remarkably fortunate or his minor wounds were self-inflicted as part of his cover story.

Malcolm's insights, about journalism and her subjects, are remarkable. Her interpretation of a visit by McGinnis to the home of William Styron, during which he surreptitiously cooked a can of crab meat that he knew Styron had been carefully guarding for a special occasion, is unforgettable.

As an observer Malcolm misses nothing and as a writer she's wonderfully ruthless. "Don't ever eat in front of Janet Malcolm; or show her your apartment; or cut tomatoes while she watches," Robert Boynton once wrote of her. "Every unflattering gesture and nervous tic will be recorded eventually with devastating precision."

During the 1980s, attorney Jan Schlichtmann's represented a group of Woburn, Massachusetts families, all who had a child who died or was being treated for leukemia. Schlichtmann compiled extensive evidence suggesting that chemical waste illegally dumped by two giant corporations, Beatrice Foods and W. R. Grace, had poisoned the drinking water supply and caused the illnesses. However, he was outspent and outgunned in court by the two companies and hampered by a judge who appeared to be highly partial towards the corporations. Beatrice got off scot free and Grace settled for the relatively paltry sum of $8 million. Evidence emerged after the trial which showed that Beatrice and Grace had behaved recklessly and the EPA forced them to spend more than $60 million to clean up the sites.

The book is heartbreaking and infuriating, but a true page-turner and indisputably one of the greatest works of literary investigative journalism.

I'm cheating here because this is a work of historical fiction but it's a thoroughly researched account of one of the greatest agrarian revolts in Latin American history. In the late 19th century, a millennial preacher named Antônio Vicente Mendes Maciel, better known as Antonio Conselheiro, founded the village of Canudos in the backlands of Brazil's impoverished northeast. He espoused a strange and severe philosophy but drew some 35,000 people to the village – overwhelmingly former slaves and landless peasants – and established a quasi-communist system based on shared property and wealth.

Maciel's philosophy and following threatened the Brazilian government – as did his calls for tax resistance – which decided to arrest Maciel and destroy the village. It took four increasingly large military expeditions to finally accomplish that and the villagers imposed huge losses on the Army. Maciel died from fasting during the final siege and more than half of Canudos' population was killed, many slaughtered by soldiers after resistance had collapsed. The Army considered Canudos to be an embarrassment and stain on its "honor." The military regime that took power in the 1960s built a dam that flooded the town and the nearby village where inhabitants were relocated was renamed.

Vargas Llosa's book draws heavily from Os Sertões, by Euclides da Cunha, a journalist who accompanied the Army to Canudos. (His fictional double has a role in the novel.) Os Sertões is one of the greatest works of Brazilian history but The War of the End of the World is more fun and utterly magical.

The famous graphic novel, it recounts the life of Speigelman's father, a survivor of Auschwitz. The Nazis are depicted as cats and the Jews as mice.

The Wall Street Journal called Maus the "most affecting and successful narrative ever done about the Holocaust" and it won the Pulitzer prize in 1992. However, it had originally been turned down by multiple publishers. "I don't think Maus is a completely successful work, in that it seems in some way conventional," Gerald Howard of Penguin wrote Spiegelman in rejecting it.

Ken Silverstein is the author of The Secret World of Oil.