Astonished by the past: Daniel Bensaïd’s An Impatient Life reviewed

Daniel Bensaïd's widely reviewed memoir An Impatient Life is a chronicle of his radical and revolutionary yearnings. It chronicles a life learning the political importance of 'active waiting, an urgent impatience, an endurance and a perseverance that are the opposite of passive waiting for a miracle.' One review in the Independent summed up the book this way:

Part autobiography, part activist's logbook, and part political treatise, it's the story of how a working-class boy went on to co-found a party that twice participated in French presidential elections, and became a leader of the Fourth International, the global organisation of Trotskyist followers. 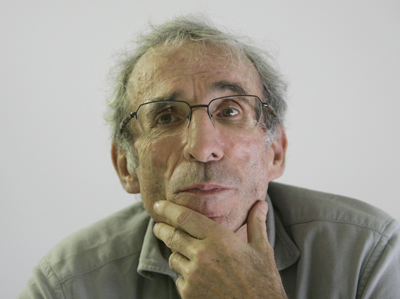 In the many reviews of this book, all point out one significant detail of the book: it has an unusual lack of romantic nostalgic for May 1968's student uprising.

There are several problems with the use of the term, 'the sixties generation'. To begin with, it tends to play into the dubious narrative of youthful rebellion followed by gradual conservatisation in the face of of career, family life and disappointed hopes. It's a narrative that sees the sixties as both defining – ah, the glories of youth! – and long left behind. By linking the generation with the decade (or even the year: a '68er' or soixante-huitard ), the term suggests that those years were the apogee of the participants' lives. The most recent cinematic expression of this view is Olivier Assayas' nostalgic 2012 film, Apres Mai. Daniel Bensaïd's rich and thoughtful memoir, An Impatient Life, challenges this narrative in two important ways: Bensaïd remained faithful to his radical youth, and we get the sense he saw the events of May–June 1968 as one moment among many in an engaged life.

An autobiographical account of this dramatic episode in French history [may '68] would seem to merit a weighty tome in itself. Curiously, in Bensaïd's large-hearted and essential 2004 memoir, An Impatient Life, the events of 1968 are mainly condensed into a ten-page chapter. And Bensaïd inaugurates this section with a disconcerting rebuke: "Enough harking back to 1968, enough generational effusions, memories of youthful companionship at the finest age of life. Too much has been said and too much made. . . . We were not born to political action in '68, and we are not hostages of this imaginary birth". 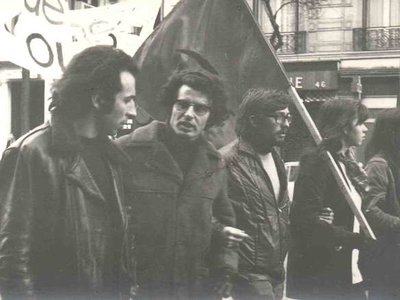 In his review in the Independent, Farah Nayeri explains that many of these remarkable events of Bensaïd's life are dealt with in surprisingly short and unromantic candor:

His adult life was peppered with incredible encounters. Yet he mentions them only briefly. May '68 is wrapped up in a few lines: a march on a car factory, Sorbonne meetings, a daily bulletin. He describes being sheltered (as an outlawed activist) by the author Marguerite Duras, and – while fundraising for his party newspaper – receiving a fistful of banknotes from Yves Montand and a check from Jean-Paul Sartre.

Instead of holding on to a starry-eyed vision of the past events, Mark L Thomas explains in the Socialist Review that this memoir is "a vigorous intellectual defence of the notion that history could have been, and still could be, different." Thomas continues:

[Bensaïd] argues that this requires a combination of urgency (because we have to remain active) and patience (because it a longer road than expected) - "a slow impatience" as he puts it. The outcome of history crucially depends on politics and organisation.  Above all, Bensaïd insists that "the world still has to be changed, and still more profoundly and more urgently than we had imagined forty years ago."

Rjurik Davidson explains that instead of a nostalgic account:

It's a rich book, and an invaluable one. At times, it is also beautiful: replete with songs and poems that reflect a romantic's love of music and language. As far as I can tell with my broken French, Bensaïd's style – its forms and rhythms not quite reproducible in English – descends from both French literature and philosophy. Indeed, his memoir breaks periodically into ruminations mostly associated with history and theory rather than biography. These chapters – on the meaning of crisis, on violence, on Trotsky's time in Mexico, reflections on his Jewish heritage – give the book real intellectual weight. Nowadays, Bensaïd's Marxism – a mélange of influences formed not into incoherence but into a fecund tapestry – is pressingly needed. When he once absorbed the riches of his own political forebears, now he has become one of ours. The time for hidebound traditions is over. He was right, all those years ago, to suggest that we have to turn the page and go forward to meet the new.

Click here to see other reivews of An Impatient Life.

To read the full review in the International Socialist Review click here.

To read the full review in the Independent click here.

To read the full review in Overland click here.

To read the full review in the Socialist Review click here.

To read a review in the Socialist Project's The Bullet click here.

To read a review in the International Viewpoint click here.

To read a review in Red Pepper click here.

To read a review in International Socialist Organisation click here.

For two great blog reviews see The Early Days of a Better Nation and a paper bird.
Tagged
Reviews