‘Struggle in society and the struggle for survival’: An extract from Claudio Pavone's A Civil War: A History of the Italian Resistance 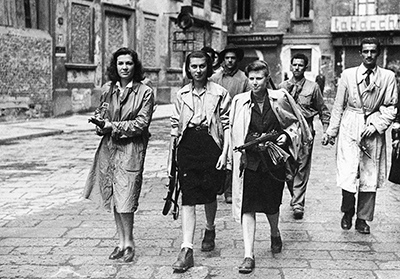 A Civil War is a history of the wartime Italian Resistance, recounted by a historian who, when only a boy, took part in the struggle against Mussolini’s fascist Republic. Since its publication in Italy, Claudio Pavone’s masterwork has become indispensable to anyone seeking to understand this period and its continuing importance for the nation’s identity. Continue below to read an extract from the book.

Struggle in society and the struggle for survival

During the Resistance the class struggle stepped out of the factories and the ideological moulds most closely connected with them, above all along two roads. The first of these was that of the struggle for the physical survival of strata of the population far more extensive than those of the workers as such; and in this struggle a particularly important role was played by women. It seemed almost like a situation in which ‘the market was reborn as the arena of class war’. The second road joined up with the path of armed struggle, in the cities and the mountains. The Communist formula, ‘the struggle against cold, hunger and Nazi-Fascist terror’ attempted, once again, to keep social, patriotic and military objectives together. In the social as in the military sphere, the struggle could escape the political picture of national unity in the name of which it was solicited. Traces of social and/or partisan sinistrismo can therefore be identified that do not always coincide with the openly political sinistrismo internal or external to the parties, though often tending to merge with them; and on the other hand, in the struggle for mere subsistence the most general principles of human solidarity and assistance could be invoked that went beyond the class struggle in even the broadest sense of the term. In both cases the hasty observation of an American woman journalist that, faced with cold and hunger, it was not possible to be political was belied. That journalist did not take account of how ragged and mobile in that situation the boundaries were between being political and being other things, whatever the intentions and declarations of the protagonists. The Catholic Communists of Rome, while urging that ‘parish committees’ be set up ‘to organise a mass mobilisation – marches, protest demonstrations, parades of women asking for bread and work’, were eager to emphasise that this was not ‘political work, but simply work of Christian charity’. In Milan Christian charity could take the form of civic solidarity. In this register, Avanti! reminded the industrialists that national solidarity must also mean social solidarity; while ‘una compagna’, sending a letter to L’Unità on 25 December 1944, in which she tells how she has succeeded, regarding the problems of electricity and wood, in setting up a committee ‘di casamento’ (‘a tenants’ committee’), fuses the traditional Milanese civic sense with the political pride of someone who has been able to arouse a democratic initiative from below.

For more information about A Civil War click here.