“What is Socialist Art?”—a 1964 review of Ernst Fischer from the New Left Review

A review of Ernst Fischer's The Necessity of Art by Stanley Mitchell, from an early (1964) issue of the New Left Review:

The ‘magic' of the word is both Fischer's strength and undoing.

It makes him say fundamentally two things: art is spellbinding; art proceeds from the magical beliefs which assisted and inspired early man in his conquest of nature. The second proposition is the more fruitful. Imitation is man's magic. To seize the likeness of an animal is to seize the animal itself. To enact the hunt in advance is to heighten the powers of the hunters. Yet imitation had still to become art. The hunter was too close in evolution to his prey. Identification contained the danger of regression; and the latter Fischer illustrates with an attractive hypothesis about primitive sexuality. Prehistoric man confuses woman with the animal world. For evidence Fischer points to the suckling of animals in primitive tribes today. ‘The woman suckles the animal, the man kills it; thus many hunting tribes came to believe in a mysterious bond between their women and their prey, with all the contradictions and fears that this implied.' Sexual intercourse and the killing of the prey blended in the mind of prehistorical man. He thrust a spear in the ground outside his hut, and the spear was his symbol of the phallus. Hence the sexual excitement collectively roused before a hunt, when sexual intercourse was forbidden. Hence the sexual rites which attended initiation ceremonies in the caves of the great prehistorical paintings. Discussing the paintings of the Trois Frères cave, Fischer concludes: ‘The sorcerers were also considerably helped by the fact that their "identification" with the original-the collective merging of subject and object-was extremely intense. An atmosphere of collective sexual excitement increased "identification" still further, and a state of collective sexual ecstasy may have preceded the actual work.'

Fischer opens this section, entitled The Magic Cave, with the question: ‘ ... how do we explain the magnificent cave paintings of the Middle Stone Age, admirable works of art produced by an extremely undeveloped society?' Later he remarks: ‘There was no question here of aesthetic creative pleasure-the thing was deeper, more serious, altogether more terrifying than that, a matter of life and death or of the existence or non-existence of the collective.' 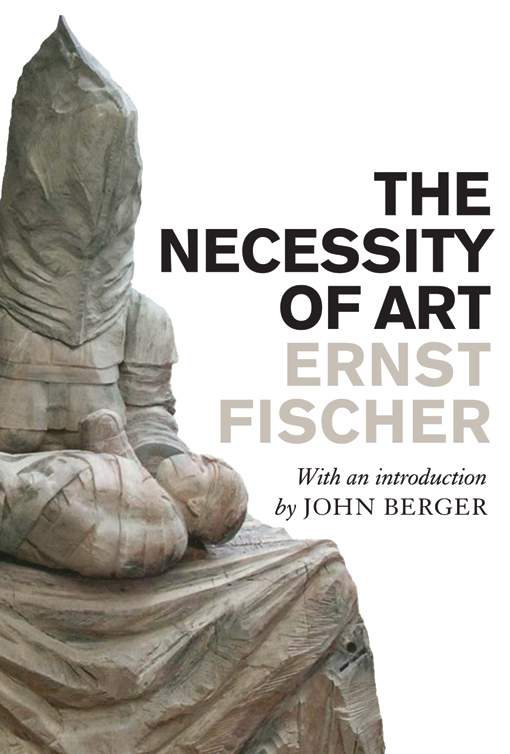