Ten theses on the far right in Europe by Michael Löwy

Xenophobia Blog Series. This is the fourth instalment of a series of pieces published on our blog by leading voices on the current and alarming force of Xenophobia—the fear of "strange and foreign" identities. 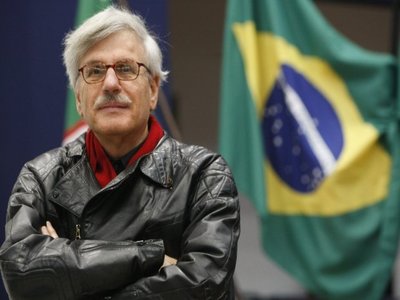 Ten theses on the far right in Europe
By Michael Löwy

I. The European elections confirmed a tendency that has been apparent for some years across most of the continent: the spectacular rise of the far right. This is a phenomenon without precedent since the 1930s. In many countries this movement obtained between 10 and 20 percent of the vote; today in three countries (France, United Kingdom, Denmark) is has already reached 25 to 30 percent. Moreover, its influence is greater than its own electorate: its ideas contaminate also the ‘classical’ right and even part of the social-neoliberal left. The French case is the most serious, with the Front National’s breakthrough exceeding even the most pessimistic predictions. As the website Mediapart wrote in a recent editorial, ‘it’s five minutes to midnight’.

II. This far right is very diverse, a variety ranging from openly neo-Nazi parties like ‘Golden Dawn’ in Greece to bourgeois forces who are perfectly well integrated into the institutional political game, such as Switzerland’s UDC. What they have in common is their chauvinist nationalism, xenophobia, racism, hatred of immigrants – particularly ‘non-Europeans’ – and Roma (the continent’s oldest people), Islamophobia and anti-communism. To that we could add, in many cases, anti-semitism, homophobia, misogyny, authoritarianism, disdain for democracy and Europhobia. On other questions – for example their stances for or against neoliberalism or secularism – this movement is more divided.

III. It would be mistaken to believe that fascism and anti-fascism are phenomena belonging to the past. Of course, today we do not see mass fascist parties comparable to the NSDAP in the Germany of the 1930s, but already in that period fascism was not limited to this model only: Spanish Francoism and Portuguese Salazarism were very different from the Italian and German models. A significant part of today’s European far right has a directly fascist and/or neo-Nazi framework: this being the case for Greece’s ‘Golden Dawn’, Hungary’s Jobbik and the Ukrainian parties Svoboda and Right Sector; but also, in a different way, France’s Front National, Austria’s FPÖ, and Belgium’s Vlaams Belang, among others, whose founding leaders had close links with historical fascism and the forces that collaborated with the Third Reich. In other countries – such as the Netherlands, Switzerland, the UK and Denmark – the far-right parties do not have fascist origins but do share in their racism, xenophobia and Islamophobia. One of the arguments used to show that the far right has changed and no longer has much to do with fascism is its acceptance of parliamentary democracy and the electoral route to power. Though we might remember that a certain Adolf Hitler made it to the German Chancellery by a legal vote in the Reichstag, and that Marshal Pétain was elected Head of State by the French Parliament. If the Front National made it to power by electoral means – a hypothesis that can sadly no longer be dismissed – what would remain of democracy in France?

IV. The economic crisis that has riven Europe since 2008 has almost everywhere (with the exception of Greece) favoured the far right more than the radical left. The two forces are totally out of proportion, contrary to the European situation of the 1930s where in many countries the anti-fascist left rose in parallel to fascism. The current far right has without doubt profited from the crisis, though this does not explain everything: in Spain and Portugal, two of the countries hit hardest by the crisis, the far right remains only marginal. And in Greece, though ‘Golden Dawn’ has enjoyed exponential growth, it has very much been left in the wake of Syriza, the Coalition of the Radical Left. In Switzerland and Austria, two countries largely spared by the crisis, the racist far right often gets above 20 percent support. Thus we should avoid the economistic explanations often advanced by the left.

V. Historical factors have without doubt played some role: a long anti-semitic tradition widespread in certain countries; the persistence of those currents who collaborated during the Second World War; and the colonial culture that impregnates attitudes and behaviours long after decolonisation – not only in the former empires, but in almost all European countries. All these factors are at work in France and contribute to explaining the success of Le Pen’s party.

VI. The concept of ‘populism’ employed by certain political scientists, the media and even part of the left, is wholly inadequate to explaining this phenomenon, serving only to sow confusion. If in the Latin America of the 1930s to ‘60s the term populism corresponded to something quite specific – Vargas-ism, Peronism, etc. – its European usage from the 1990s onward is ever more vague and imprecise. Populism is defined as ‘a political position that takes the side of the people against the elites’, which goes for almost any political party or movement. When applied to the parties of the far right, this pseudo-concept leads – whether deliberately or not – to legitimising them, making them more acceptable, or even appealing – who isn’t for the people against the elites? – while carefully avoiding the troubling terms racism, xenophobia, fascism, and far right. ‘Populism’ is also used in a deliberately mystifying fashion by neoliberal ideologues in order to make an amalgam between the far right and the radical left, characterised as ‘right-wing populism’ and ‘left-wing populism’, since they are both opposed to neoliberal policies, ‘Europe’, etc.

VII. The left as a whole, with only a few exceptions, has severely underestimated this danger. It did not see the brown wave coming, and thus did not see the need to take the initiative of an anti-fascist mobilisation. For certain currents of the left, seeing the far right as nothing more than a side-effect of the crisis and of unemployment, it is these causes that must be attacked and not the fascist phenomenon itself. Such typically economistic reasoning has disarmed the left in the face of the far right’s racist, xenophobic and nationalist ideological offensive.

VIII. No social group is immune to the brown plague. The ideas of the far right, in particular racism, have contaminated a significant part of not only the petty bourgeoisie and the unemployed, but also the working class and young people. This is particularly striking in the French case. These ideas have no relation to the reality of immigration: the vote for the Front National, for example, was particularly high in certain rural areas that have never seen a single immigrant. And Roma immigrants, recently the object of a hysterical racist campaign that made some impression – with the generous participation of the ‘socialist’ Interior Minister of the time, Mr. Manuel Valls – number less than twenty thousand across the whole of France.

IX. Another ‘classic’ left-wing analysis of fascism is that which explains it essentially as an instrument of big capital to crush the revolution and the workers’ movement. Since today the workers’ movement is very much weakened and the revolutionary threat non-existent, big capital has no interest in supporting far-right movements and thus the risk of a brown offensive is non-existent. This is, once again, an economistic reading that does not take account of the autonomy of any political phenomenon – electors can, indeed, choose a party that does not have the big bourgeoisie’s backing – and one that seems to ignore the fact that big capital can accommodate to all sorts of political regimes without too much soul-searching.

X. There is no magic recipe for fighting the far right. We must be inspired – with a proper critical distance – by the anti-fascist traditions of the past, but we must also know how to innovate in order to respond to the new forms of this phenomenon. We must know how to combine local initiatives with solidly organised and structured unitary socio-political and cultural movements, at both the national and continental levels. It is sometimes possible to unite with the ghost of ‘republicanism’, but any organised anti-fascist movement will only be effective and credible if it is driven by forces situated outside of the dominant neoliberal consensus. This means a struggle that cannot be limited within the borders of a single country, but must be organised at the level of Europe as a whole. The struggle against racism, as well as solidarity with its victims, is one among the essential components of this resistance.