The Privatisation Scam: An exclusive extract from James Meek's Private Island in the Guardian 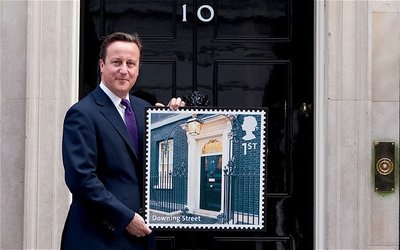 Privatisation promised to turn the UK into an island of small shareholders. It failed: the faceless state bureaucrats have been replaced by faceless (better-paid) private bureaucrats and big foreign corporations. The Guardian has published an exclusive extract from James Meek's Private Island: Why Britain Now Belongs to Someone Else, which details how we got to this point. Below you can read a section from the extract:

About 10 years ago, I began to investigate what happened after the early Thatcherite zeal took effect. I was sceptical when I began my inquiries, but I was prepared to be convinced that privatisation in these half-dozen cases had been a success. I learned that it has not. Privatisation failed to turn Britain into a nation of small shareholders. Before Thatcher came to power, almost 40% of the shares in British companies were held by individuals. By 1981, it was less than 30%. By the time she died in 2013, it had slumped to under 12%. What is significant about this is not only that Thatcher and her chancellor Nigel Lawson's vision of a shareholding democracy failed to come to pass through privatisation, but that it undermines the justification for the way the companies were taken out of public ownership

A tax is generally thought of as something that only a government can levy, but this is a semantic distortion that favours the free market belief system. If a payment to an authority, public or private, is compulsory, it's a tax. We can't do without electricity; the electricity bill is an electricity tax. We can't do without water; the water bill is a water tax. Some people can get by without railways, and some can't; they pay the rail tax. Students pay the university tax. The meta-privatisation is the privatisation of the tax system itself; even, it could be said, the privatisation of us, the former citizens of Britain. By packaging British citizens up and selling them, sector by sector, to investors, the government makes it possible to keep traditional taxes low or even cut them. By moving from a system where public services are supported by progressive general taxation to a system where they are supported exclusively by the flat fees people pay to use them, they move from a system where the rich are obliged to help the poor to a system where the less well-off enable services that the rich get for what is, to them, a trifling sum. The commodity that makes water and power cables and airports valuable to an investor, foreign or otherwise, is the people who have no choice but to use them. We have no choice but to pay the price the toll-keepers charge. We are a human revenue stream; we are being made tenants in our own land, defined by the string of private fees we pay to exist here.

To read the the extract in full visit the Guardian.