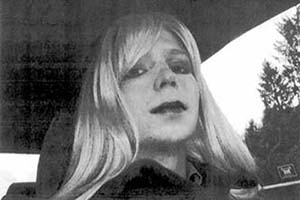 To what extent should the US disrupt the growth of ISIS? And should it be on the offense or defense? Wikileaks Whistleblower Chelsea Manning was an all-source analyst in Iraq during the beginnings of the brutal extremist group and writes in the Guardian:

Attacking Isis directly, by air strikes or special operations forces, is a very tempting option available to policymakers, with immediate (but not always good) results. Unfortunately, when the west fights fire with fire, we feed into a cycle of outrage, recruitment, organizing and even more fighting that goes back decades. This is exactly what happened in Iraq during the height of a civil war in 2006 and 2007, and it can only be expected to occur again.

After strategizing four areas she thinks the western world should focus on, she concludes:

Eventually, if they are properly contained, I believe that Isis will not be able to sustain itself on rapid growth alone, and will begin to fracture internally. The organization will begin to disintegrate into several smaller, uncoordinated entities – ultimately failing in their objective of creating a strong state.

But the world just needs to be disciplined enough to let the Isis fire die out on its own, intervening carefully and avoiding the cyclic trap of “mission creep”. This is certainly a lot to ask for. But Isis is wielding a sharp, heavy and very deadly double-edged sword. Now just wait for them to fall on it.

For more on Manning, see Chase Madar's The Passion of Bradley Manning: The Story Behind the Wikileaks Whistleblower, published by Verso in 2013.