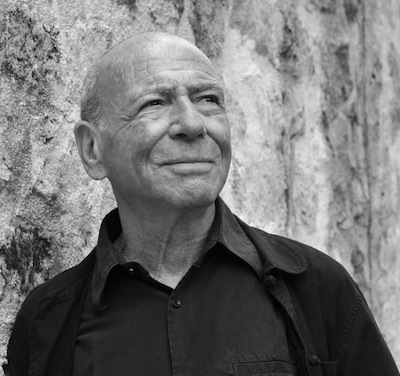 David Bell's hostile review of Eric Hazan’s work is not surprising: clearly, the tradition of “people’s histories”, inaugurated by A.L. Morton’s A People’s History of England (1938) and continued, amongst others, by Howard Zinn and Chris Harman, is unlikely to find favour in the corridors of Princeton’s History Department – at least, since the retirement of Arno Mayer. However, aside from the silly gripe about the cover image (ever heard of artistic licence, David?) and the contemptuous tone of the piece, it is worth dwelling on the sneering reference to “the eccentric Trotskyite [sic.]-anarchist militant Daniel Guérin”.

Now, one can legitimately debate the strengths and weaknesses of Guérin’s La Lutte de classes sous la Première République (1793-1797) (first published in 1946 and republished in updated and expanded form in 1968, and published in abridged translation in English as Class Struggle in the First French Republic: bourgeois and bras nus, 1793-1795, 1977), but we should recall that, far from being an “eccentric”, Guérin (1904-1988) was an anti-colonialist, anti-Stalinist, anti-fascist intellectual and militant, responsible for some of the most lucid treatments of Nazism, the Popular Front government in France, the Black struggle in the US (Negroes on the March: A Frenchman's Report on the American Negro Struggle, 1956), a pioneer of “gay liberation”, as well as becoming a stimulating passeur between Marxist and libertarian traditions.

Having travelled through Germany in 1933 on a bicycle to gather materials for his books Fascism and Big Business and The Brown Plague, he was arrested and detained in 1940 and, when released, operated in with the clandestine Trotskyist movement during the Occupation. Having moved to the US in 1946, he was expelled by McCarthyist red-baiting in 1949 and returned to Paris, where he edited Bakunin’s Collected Works. In France, he supported the Algerian national liberation struggle and wrote some of the earliest texts arguing for the integration of homosexual liberation into the labour movement.

In short, the author of at least thirty books, novelist and poet as well as historian and activist, Guérin accomplished more in any single year of his adult life than an Ivy League professor might hope to achieve in a lifetime. (For more details, see here)

For a French author, there’s something rather exotic about a long and vehemently critical review like David Bell’s take on my People’s History of the French Revolution: in France we have completely lost the tradition of robust, unashamed criticism, and troubling or disliked books are passed over in silence.  So I feel some sympathy for Bell’s piece, despite or perhaps because of its polemical tone.

In it he makes some accurate statements, and others that are less true. I will begin with the latter.

Bell accuses me of being unaware of recent English-language historiography. But his real problem is that the numerous authors who I do cite (Richard Cobb, Lynn Hunt, William H. Sewell, and Timothy Tackett, among others) are not the names that he would like to see appear.

It is entirely false to claim that women are absent from my book. On the contrary, they are omnipresent. But my heroines are women of the people, anonymous women, the women who drove the King out of Versailles, the women who were at the forefront of the 10 August 1792 assault on the Tuileries Palace, the women behind the Club des Citoyennes Révolutionnaires. Conversely, I did not expand much on the sorry fate of the Princess de Lamballe and Marie Antoinette.

As for the sans-culottes, Bell reckons that I made them out to be poor manual workers. On the contrary, I explained that many of them were the owners of small businesses and artisans working alone in their workshops. As has long been known.

On the elimination of the Girondins – and my description of this as ‘necessary’ – I am not the only person to take such a view. Michelet, hardly guilty of leftism or any love for Robespierre, wrote in his Histoire de la Révolution française that ‘The Girondin policy in the first months of 1793 was impotent and blind: France would have been lost’.

And last but not least, Bell speaks of Marat as an ‘unhinged demagogue’ who ‘repeatedly demanded the execution of hundreds of thousands of people’. No serious historian still sticks to that view. Marat was a moderate, a prudent man, and only naïfs and those acting in bad faith took literally his talk of ‘millions dead’ or ‘hundreds of heads’: these were just a manner of speaking, like when you say ‘as I’ve said a million times’.

However, Bell is right to say that the author of this book is not a professional historian. I did not sit poring over the archives. I wanted to write a book that people other than historians could read. I sought to demonstrate that the French Revolution is not yet over, contrary to the opinion of François Furet’s disciples, which today pervades almost all history teaching in France.

So Bell is right, my book is not objective. I had thought that the idea of ‘historical objectivity’ had long been buried, that it was obvious to everyone that in writing history you are also saying something about yourself. I was mistaken: there is a reactionary way of thinking that holds that the only objective ideas are those that defend the existing order. Other ideas, like those upheld by my book, for example, are always ‘shockingly one-sided’.

Translated from the French by David Broder.

To read the review in full, visit the Guardian.