India's rapid economic growth since 1991 seems like one of contemporary capitalism's greatest success stories, equaled only by the meteoric rise of China. The world's largest democracy has produced people like Mukesh Ambani, India's richest man, who built for himself the world's most expensive dwelling. Situated in the heart of Mumbai, it's a twenty-seven stories and contains three helipads, nine lifts, ballrooms, gyms, and six floors of parking, as well as employing six hundred (!) servants. India seems like it's flourishing with this new wealth. Yet, speaking to Evan Davis on Newsnight, Arundhati Roy argues that this success is built upon the misery of India's "ghosts" - those pushed increasingly into poverty, debt and misery. 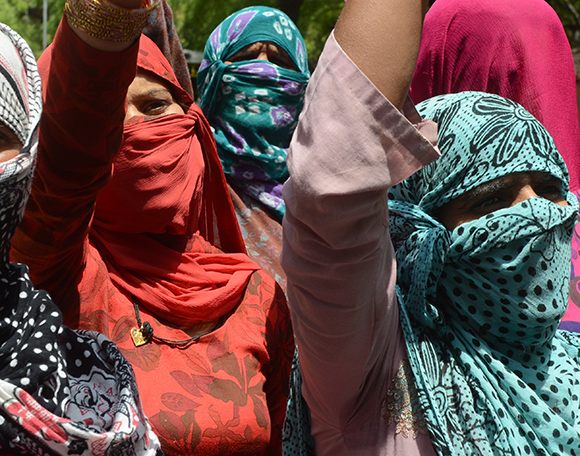 Questioning Davis's linear account of Indian progress, Roy argues that India's is a "jobless growth," and those profiting from it are the already mega-rich not the millions pushed further into poverty. As she states in Capitalism: a Ghost Story, "in a nation of 1.2 billion, India's one hundred richest people own assets equivalent to one-fourth of the GDP." This isn't the much lauded Trickle-Down but the "Gush-Up".

Indian corporations benefit hugely from the plundering of natural resources and the displacement of huge swathes of those under and unemployed Indians. Yet, Roy's polemics are not aimed just at the "robber barons" of capitalist mega-corporations. As a review of Capitalism in the Herald Scotland points out, "no one gets out of this polemic alive". Taking aim at figures as diverse as Bill Gates and Nelson Mandela, Roy's "blunderbuss" is a "Communist Manifesto for 21st-century anticaptalists." 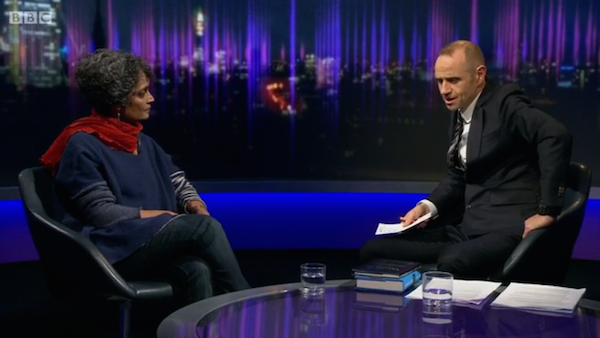 India, however, is not merely blighted by the excesses of neoliberal reaction but also the survival of the Caste system which results "in a crime ... committed against a Dalit by a non-Dalit every 16 minutes," alongside mass rape, murder, "stripping and parading naked, the forced shit-eating (literally), the seizing of land, the social boycotts, the restriction of access to drinking water" against Dalits.

In an exclusive extract in Prospect magazine of her introduction to B.R. Amedkar's classic work Annihilation of Caste, Roy details the shocking exploitation of Dalits (the "Untouchable" caste at the bottom of the hierarchy) that continues to this day. Yet, how is this allowed to continue in full view of the international community and barely touched upon within India?

Other contemporary abominations like apartheid, racism, sexism, economic imperialism and religious fundamentalism have been politically and intellectually challenged at international forums. How is it that the practice of caste in India—one of the most brutal modes of hierarchical social organisation that human society has known—has managed to escape similar scrutiny and censure?

Caste colours all aspects of Indian society. Of the top 10 richest people in India, 7 are Vaishyas. Even outside of this wealth-bubble, Vaishyas "continue to have a firm hold on small trade in cities and on traditional rural moneylending across the country, which has millions of impoverished peasants and Adivasis, including those who live deep in the forests of central India, caught in a spiraling debt trap." Roy maintains that Caste is not some vestige of Feudalism that Capitalism's triumph will strip away, rather "in big business and small, in agriculture as well as industry, caste and capitalism have blended into a disquieting, uniquely Indian alloy", and "India's shame" will continue until "until Indian society undergoes radical, revolutionary change."

To see the Newsnight interview in full, visit the BBC Website (video from 18:30).

To read the full extract, visit the Prospect magazine website. And the full review of Capitalism: a Ghost Story is available at the Herald Scotland website.

Annilihation of Caste and Capitalism: a Ghost Story are out now, and available from the Verso website at a 30% discount with a free bundled ebook.