Frédéric Lordon: Charlie at any cost?

The economist and author of Willing Slaves of Capital unpacks the slogan 'Je suis Charlie', and the popular identification with Charlie Hebdo in light of the attacks on its offices in recent weeks. 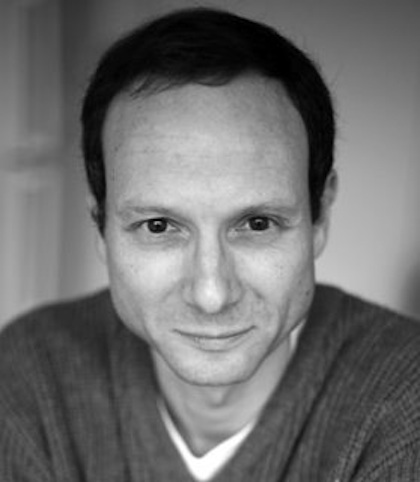 When the transformative power of death – the social ritual demanding that we eulogise those who have passed – combines with the power of an emotion embracing the whole of society, then we might fear that there’s difficult days ahead for clear thinking. That’s something we’re going to have to deal with, no doubt. To every thing there is a social season, and a social time to every purpose under heaven: a time for reflection, a time to say everything anew.

But even if our first duty is to the memory of those who have died, this must not imply setting restrictions on what we can say – even when the trauma is at its strongest. Particularly when it comes to trying to introduce a little clarification amidst the inextricably both intellectual and political confusion that such an extreme event inevitably produces. And such confusion is all the more inevitable under the enlightened direction of the media – who never fail to draw strength from any mention of ‘freedom of expression’ – and politicians who are experts in the art of recuperation.

We can say right away that the essential substance of this confusion is concentrated in a single phrase – ‘Je suis Charlie’. This statement seems clear enough, yet a whole set of problematic implications are wrapped up within it.

‘Je suis Charlie’. Even if it seems perfectly simple, what might a phrase like this really mean? ‘Metonymy’ is the name that we give to a figure of speech that calls something not by its own name but by the name of something associated with it; we take effect for cause, content for container, or the part for the whole. In the case of ‘Je suis Charlie’, the problem with the word ‘Charlie’ stems from the fact that it refers to a variety of things, which are different and yet connected; and this is a relation of metonymy. These different things place different duties upon us, yet at the same time their relations of metonymy tend to mix them up and plunge them all into an indistinct mess.

Charlie above all means a set of private, human individuals – fortunately, we quickly noticed that simply using the word ‘Charlie’ to describe them rather ignores the two policemen, the maintenance worker, and the unfortunate person who happened to be visiting the office that day; and then also the five others – four of them Jewish – killed two days afterward.

Unless you’ve lost all your humanity you can’t have failed to be dumbstruck and horrified by the news of these attacks. But there was only such a strong emotional reaction because everyone could see that something more than a set of private individuals had been attacked. And here we have the second possible meaning of ‘Charlie’: Charlie as a metonymy for the principles of freedom of expression: rights to express yourself without fearing for your safety, the rights that are at the heart of our way of life.

So without doubt you could identify yourself with Charlie as an homage to the people who’d been killed – on condition, nonetheless, that you remember that people are killed all the time, from Zyed and Bouna a while ago to Rémi Fraisse more recently, and public compassion is sometimes distributed in a strange – I mean, strangely unequal – fashion.

You could also identify with Charlie in the name of a general idea, if not of life in our society, then at least of the organisation of speech. That is, in the name of the desire not to give in to the attacks that take drastic measures to silence this speech. And you might thus think that a community that shows its ability to go back to one of its most powerful common denominators is demonstrating its vitality.

But this question becomes rather more complicated when ‘Charlie’ designates not private individuals or general principles, but public figures connected to a newspaper. Of course, there was every chance that such a reading would be self-evident. There is absolutely no contradiction between being horrified by the human tragedy and sticking by our earlier view of this newspaper. And I saw it in terms of vehement political disagreement. If, as we might logically have understood, ‘Je suis Charlie’ was an injunction to identify ourselves with the paper Charlie Hebdo, then for me that was impossible. I am not Charlie, and I could never have been, at any moment.

Even less so in that this formula also functioned as an ultimatum. And in a few hours we were quickly taken over by a regime of both emotional and political control. The wildfire spread of ‘Je suis Charlie’ immediately and irresistibly made us think of Le Monde’s 12 September 2001 proclamation ‘We are all Americans’. It didn’t even take half a day for this to be confirmed, with Libération taking it upon itself to put this slogan into the first-person plural: ‘We are all Charlie’. Welcome to the world of being told we all agree – and damn anyone who doesn’t. And so we celebrate our freedom of thought by crushing all dissent, surreptitiously confusing the emotion of the tragedy with an implied political agreement with an editorial line. Even to the point of charging the English-speaking press of hypocrisy and insufficient solidarity (obedience, that is) when it refused to republish the cartoons. So we’d have had to cross at least one sea to have any chance of finding any cool heads, and to hear the normally basic argument that defending freedom of expression doesn’t imply endorsing what’s being expressed by those whose freedom you’re defending.

But this unanimity-under-injunction was so perfect that all sorts of people jumped on it in order to recuperate it. The media, first of all: we could be sure that with their opportunist reflex – very similar to the political authorities with whom they share a common discredit – they would not miss such a fine opportunity to wrap themselves in the banner ‘freedom of the press’, that last refuge of the scoundrel. For example Libération, which went as far as possible in showing off the fact that it was putting up Charlie Hebdo’s staff in its offices. Libération, that rusty old banger, having sold out to every temporal power, now sets itself up as the last bastion of freedom of expression! How much of the same would it take to outdo Libération in its Charlie-ism?

In one of his letters Spinoza wrote that ‘If that famous scoffer (Democritus) were alive today, he would surely die of laughter’. And it is true that there’s much to laugh about, when we see the organs of submission to the social order striking up a tone of anti-conformism and radical subversion with such a play of sincerity. We could laugh for ages… but not for too long, though, since we have to hope that one day we’ll get out of this imposture.

We won’t have the political powers-that-be to thank for that: they have no interest in us opening our eyes, and national unity has always been the most dependable of their resources. National unity – and, as it happens, even international unity, of which we’ve just been administered a particularly nasty dose. François Hollande’s recuperating impulse must have gone into overdrive as step by step he invited Orban, Porochenko and then Netanyahu, Lieberman etc. to Paris, ‘capital of the world’, to make him shine. Such upstanding moral figures, these, known for dividing their time between defending the freedom of the press and promoting interfaith dialogue.

Fortunately, a number of voices have already expressed concern about the use – or rather, misuse – that the government has made of a mass mobilisation that it’s determined to take as a mandate. Let’s hope that others will speak out to recommend that a few editorial writers take a short time out to sober up.

In the competition to live up to the level of 'history', and even – on the fatal, grotesque slippery slope of rolling news – the first to ‘announce’ history, it was logical enough that everyone screeched about history and the historic proportions of Sunday’s demonstration. If we are allowed to laugh about it, then we could say that it was without doubt in some senses historic, at least insofar as it was the first demonstration where the police estimate had any chance of being superior to the figures given by the organisers. As far as we know not much remains of the previous massive demonstrations over Carpentras (responding to the desecration of Jewish graves) and the one on 1 May 2002 (after Le Pen reached the second round of the presidential elections): these collective outpourings did make the commentariat go nuts, but we have to recognise that their political productiveness was precisely nil.

We’d very much like things to be different this time around, but we cannot but ask whether there is in general a substitution effect where the greater the degree of unanimity, the lesser the possible political content.  In its constitution, insofar as it dampens down the conflictuality that is the very substance of politics, the united mass tends towards being a-political. Or else it’s the Revolution – but I’m not quite certain that’s the case, here…

We could also question the reality of the ‘national unity’ that everyone is celebrating in their own way. Everything suggests that despite the immense size of the Paris demo it displayed a remarkable sociological homogeneity: white, urban and educated. Raw numbers don’t themselves indicate representativeness: an exceptionally high participation level from a certain section of the population would be enough to produce that result.

‘National unity’? ‘The people marching together?’ ‘France on its feet?’ Perhaps we ought to take a second look, particularly in order to check that this proclamation that the problem has been resolved by a levée en masse is not just a particularly insidious way of reframing the problem, or denying it outright. Just as the dominant always tend to consider their particularity to be universal, and believe that their social existence is the be-all and end-all of what there is to say about society, it could be that Sunday’s marches above all saw the educated bourgeoisie contemplating its own strength and giving in to its self-enchantment. It’s not certain, however, that this makes for a ‘country’ or even a ‘people’, as we may well soon have good reason to remind ourselves.

There is a certain blind way in which people work themselves into raptures over an imaginary history, the surest way of escaping real history – the history that takes place outside of all phantasmagoria, and normally on our backs. The real history we’re faced with really has a nasty look about it. If we want to have any chance of taking it back, once the time for mourning is over, then we have to think about breaking out of our stupor and engaging in politics again. But for real this time.

This text is taken from an intervention at the ‘Dissent, not silence’ evening organised by Fakir at the Paris Bourse du travail on 12 January 2015. See the original piece here.